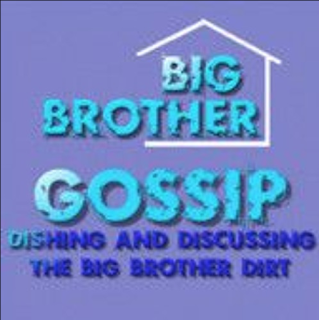 It's the day you've all been waiting for. After months of pining, listening to old episodes, practicing your drinking and staring at your iTunes waiting for a new episode to show up, the time has finally arrived. The Big Brother Gossip Show is back bitches! Our Cast Rundown episode premieres tonight and you don't want to miss it. We'll be giving you a tour of the new house, analyzing the cast interviews, speculating on twists, and talking about that Feed Leak from yesterday.

The Big Brother Gossip Show premieres tonight at 9pm ET. You can join us live on Mixlr or listen tomorrow on iTunes or Stitcher. Scott, Mike and I will be there and so will the alcohol. Make sure you're following me on Twitter for reminders and links where to listen.

There's no better way to support the Big Brother Gossip Show than by becoming a Big Brother Gossip Show Patron! When you become a Patron, not only are you saying thank you for all the hard work we do, but you'll get lots of stuff in return. You can get access to Day Drinking, the Bravo Bonus Show, the Day Drinking Newsletter or even get a shoutout as an Executive Producer. Head on over to our Patreon page to sign up. Click HERE

Did you miss the Feed Leak? Why, you silly goose. You need to have the feeds to catch sneaky stuff like that. I can guarantee you that there will be more between now and the premiere on Tuesday June 25th. Make sure you've got your Live Feeds. Signing up now will get you through the entire season. Waiting a day or two doesn't get you any extra days so click below and do it already!