Thieves In The Night 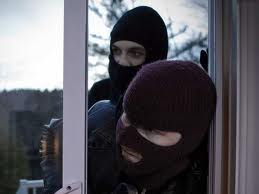 As we creep onwards towards premiere night, masked men twirling their mustaches are tossing victims into burlap sacks and heading West to the land of dreams. The land of schemes. The land of themes.

Nervous newbies pace the floor while veteran old timers activate their Big Brother phone trees. "I just wanted to let you know that I'm going in the house," they say almost apologetically. "They're coming to get me." 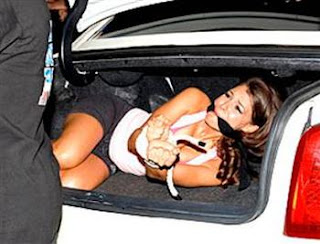 And tossed into the trunk they went. Bye! See you soon! See you again!

Today the CBS tag teams spread out all over this great country of ours chucking plucky bundles of nerves into the back of that old BB pickup truck with only one headlight and no A/C.
"Where are you taking me?!"
"Shut up!"
"But I'm scared!"
"Don't make us use the cattle prod again!"
*silence* 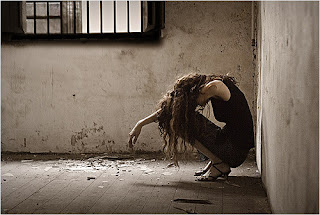 Expect all 20 hundred Houseguests to be in their cells by Sunday.

*Clink Clank, Clink Clank* go their metal cups across the bars. "Stop that racket and watch another DVD of Jordan confusing an infant baby head for an apple!" Handlers are notorious for their poor bedside manner. Lots of rubber bands dipped in Jessie Juice flicked at the heads of the frightened neophytes.

I'm told the cast reveal has been pushed back to July 5th so sit tight Bitches. Until then, you can look forward to the first photos of the house being released in the wee hours of Monday July 2nd followed by a Special House Tour on SuperPass. And when you're all spent and sweaty from the excitement, be sure to catch Rumor Control that evening at 6pm EST with Daniele Donato and Rachel Reilly.

Don't forget to get your Live Feeds beforehand. You don't want to miss a single show, a single gasp, a single moment.