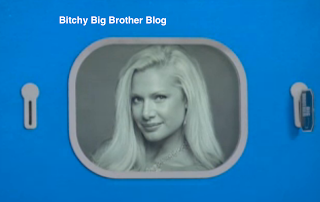 The wicked sea hag is safely nestled on the ocean's floor and now the Poop Ship Lollipop can continue to circumnavigate the world all on its own. Today, it's a little lighter and a little more buoyant (collagen sinks I'll have you know). Our brave seafaring Houseguests must journey onward through space and time like the reality show people of yore. Safely strapped into their predetermined character cocoons, our intrepid contestants will try to break free and become butterflies. They'll try, but they won't succeed. Covered in goo and Janelle's left over viscera, their fingers and toes will spread creating thin transparent webs. Tiny threadlike fibers keeping them all snug and warm. There is no escape Houseguests. Trundle onward. Shuffle sheepishly. Galumph through with your rusty gaits. We'll all be watching. I mean, I guess we'll be watching. It's not like we have anything else to do. Let's recap, shall we?

(Apologies for lack of screencaps today. I watched most of this while tucked into bed and was far too lazy to rewatch it all again this morning.)

The house is finally free of Janelle and the universe is now free of cat ladies as well. Plop, plop, plop they went crashing onto the cement landings in front of their garden apartment buildings. I'm so sorry Mittens. She definitely should have left you behind instead of taking you with her. That's the cruelty of menopause though, my feline friend. 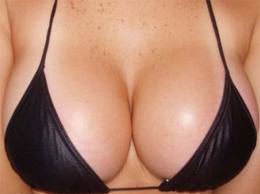 So! So Janelle is gone and, predictably, Frank is our new HOH. Personally, I was hoping for an Ashley, Jenn, or Wil win. These Silent Six outsiders who call themselves "Tits" are kind of all I have now. They're the least offensive, the least nauseating, and definitely the least insane in the membrane. *waves to Danielle* They would have gone after the Coaches and, as you all know, that's all I've ever wanted since the beginning of time - the Coaches out! Unfortunately for us, Wil choked, Ashley crawled inside of a fog, and Jenn was out before she knew what hit her.

The CBS show ends and the Live Feeds turn on. The mood is morose. Silent. Depressing. Oh sure, everyone is milling about and pretending to care what one another thinks about whatever it is they're all talking about, but there is a misty sadness enveloping everyone. They stare distantly into their drinks or at the walls. Only Frank and Boogie are all smiles with springs in their steps. One man, however, one lone man is more than depressed. He is positively overwrought and his name is Joe.

Hairy french fry face Joe mashes his lips together into a thin line and begins to transfer his personal items (french fry comber, Ed Hardy t-shirts, unused hand soap) into the Foot Room. During his move, Ian trots in on his toes and bellows, "Hey Joe! What's up?" Joe gives him the side eye (and side boob) and grunts in response. With his head down, he barrels out of the Have Not Room to resume pacing in peace and quiet over in the Foot Room. And pace he does. Back and forth, back and forth, wearing the carpet fibers thin beneath his feet. His skin begins to pulsate and his ears begin to itch. The redness rises in his face and he looks to be on the verge of cardiac arrest. You know when you see one of those tomato colored fat people? The ones that you know take pills for high blood pressure and flirt daily with Type 2 Diabetes? They always sort of look like they'll spontaneously combust at any moment. Well, that was Joe last night. Pacing, sweating, sipping iced tea. The pressure of his blood banging wildly against his skin begging to be set free while his heart wheezed a faint giddyup. He's been like this before if you'll recall - when he was on the block and when he was a Have Not. Since both are likely to happen again this week, I hope Big Brother has a defibrillator in the wings. 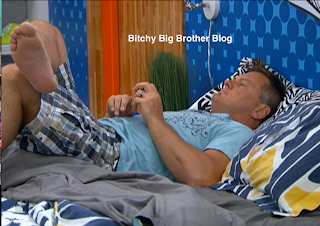 Eventually, Joe stops his pacing and retreats to the safety of a dirty bed. Seriously, someone else has been sleeping on that thing. Probably Frank which means it is now covered in stinky dead skin and mites. Blech. 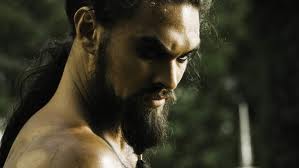 Back out in the Dining Area Danielle is a silent boiling bowl of pudding. Never before has a Houseguest conveyed so much without uttering a single word. With eyebrows like the Dothraki, Danielle sits and stares at the wall. She argues with it inside her head... Why isn't Shane rubbing my back? No! Don't tell me we're not lying down. I know we're not lying down! He can still rub my back! What if he rubs Frank's back this week? Oh my god, Wall, what if Shane sleeps on Frank's floor? Don't tell me to calm down. I will NOT calm down! I've got a hammer and a nail in my make-up bag and I swear to god I'll use it!!! So yeah, that was Danielle's reaction to Frank's win.

Frank, however, did his pigeon-toed curly peacock thing he does whenever he's proud of himself. With big toes kissing he walks to and fro goofily grinning at the house around him. He chirps happily about this and that, but you know that deep down inside he's thinking, "Daaaaaamn, I'm good." And since I brought this up now, I guess we should talk about it. I want to touch briefly on how when Frank is happy he turns simple little non intrusive one syllable words into nauseatingly probing four syllable words. It makes me insane! For example, "Nice" becomes "Niiii-ii-iiii-iiice." And "Damn" becomes "Da-aaay-aaaa-uuum." Pay attention to him the next time he's happy (which will be like all week) and tell me you don't notice this unbearable stretching of the English language.

I guess we'll stick with Frank for a little longer. It's hard not to. He's all sweaty and sticky from breathing that it's hard to tear yourself away from him. So Frank gets his HOH room... again. Inside is a letter from Nana, Fruity Pebbles, a jump rope, and lots of weird flavored nuts. The Houseguests ooh and ahh but they don't mean it. Not one of them means it. Sad clown Danielle looks around the room and is already missing the one week she had of everyone finally kissing her ass, Britney pretends to read the nuts labels, and Dan plops himself down with headphones on his ears trying to block out the general chitchat. I get it Dan. I get do. "Niii-iii-iii-iiiiice Nana. Daaa-aaaay-aaaa-ummm nuts."

One by one the Houseguests make their escape from the HOH. Everyone except Britney and Dan and Ian which tells me that these are the three most worried about how this week will go. The plan for the week is to get rid of Joe, but in order to do that they need to put up a pawn beside him. Frank wonders if Shane would volunteer to be that pawn. It is their best chance of making sure that Joe doesn't win the POV and takes himself off the block. Although, Shane has a Veto Ticket so he'll be playing in the POV anyways this week. Another option is to put up Wil and Joe. Everyone is super sketchy about Wil, but Frank doesn't want to piss him off too much in case he wins HOH next week. He doesn't want Wil thinking he's after him or something by nominating him this week. While we still don't know who our two nominees will be, it looks like the target is definitely Joe which seems sort of silly to me. Joe will NEVER win this game. Why not shake things up and go after Dan or something?

Well, I'll tell you why they don't go after Dan. Apparently there is an alliance of FOUR within the Silent Six. That four is Boogie, Frank, Danielle, and Dan. Boogie is very happy with the Four and thinks they'll dominate until the very end. The only problem is that they really haven't told Danielle about the Four. Boogie worries about her loyalty to Shane. Little does he know, her real loyalty is to Britney (that whole two girls in the finals thing). Dan sighs when he hears Danielle's name. He tells the room how difficult it is to Coach and work with girls as opposed to men. He tells Boogie how when he'd coach Kara, Danielle would get jealous and when he'd coach Danielle, Kara would get nervous. Boogie mutters, "Jesus Christ." Dan nods and says it was never like that playing with Memphis.

Speaking of cuckoo for cocoa puffs Danielle, she's laying in bed with Britney down in the Foot Room still fretting over Janelle. You see, Danielle used to be anorexic (rrrright) so when Janelle says things about her being fat, it's like she's switching on Danielle's anorexia switch. It's the sort of anorexia that inhales Twizzlers and CheezIt's, but it's anorexia dammit! Britney tells her that she can't keep letting one comment bother her so much. Danielle sighs and whispers, "I've gained so much weight." That must be her anorexia flaring up again. Like her sciatica and her anal polyps and her hip dysplasia and her distemper and heartworm. Oh poor Danielle! Poor poor Danielle.

Danielle then does what she does best. Whenever she is finished discussing her weight issues she's all ready to discuss her Shane issues. Her newest thing is to go back and forth between being annoyed with Shane to planning her wedding to him. Right now, this very second, she's annoyed again. Britney has heard it all before of course and tells Danielle that in the game Shane is a nice guy, but outside of the house he's probably extremely douchey. Applause Britney, because you're actually right about this one. Shane is a douche. Some even call him a "Puka Douche."

Back up in the HOH, Dan is still refusing to leave Frank's side and, much like Danielle's anorexia, his creepy obsession with Dr. Will is flaring up. Have I talked about this here before? Dan is a pretty boring down to earth guy, but he is overwhelmingly, bordering on psychotically, obsessed with Dr. Will. Any chance he gets to bring up Will Kirby, ask about Will Kirby, or discuss Will Kirby, he will. And tonight is no exception. He asks Boogie how he thinks Dr. Will will react when he sees how he voted to evict Janelle (remember, Boogie gave a shout out to Will and Erin). Boogie says he thinks Dr. Will, and especially Erin, will get a kick out of it. For a whole summer CBS made it look like Will and Janelle were banging each other yet Erin stood by him and now they have a family together. It was Boogie's way of giving Erin a high five and dissing Janelle all at once. Dan looks pleased with Boogie's answer and makes a mental note to have his wife change her name to Erin when he gets home.

And that's that. It wasn't a very exciting night and everyone went to bed much earlier than usual. So what do you think of Frank as HOH? Should he waste his week in power getting out Joe? Who would you like to see go home instead? Will Danielle start talking to the chairs today? Comment it out bitches and have a great day!