RACE To Be The Biggest Douchebag 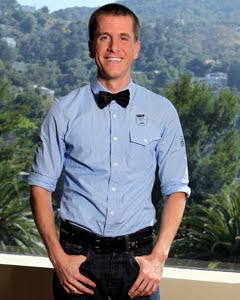 BB12 contestant Ragan Fox isn't even in the house yet and he's already being labeled a "racist" by some overzealous BB fans. Fucking idiots. The guy is a poet who uses absurdist humor and sarcasm to illustrate a point. The "point" being that idiots, like the 2-dimensional BB fans rushing to put a label on everything, wouldn't know irony if it crawled up their ass, pitched a tent, lit a fire, and roasted marshmallows in there for eternity. I'll bet the same morons running around shouting "Racist!" probably think Sarah Silverman's comedy routine is racist or that Archie Bunker was meant to be taken seriously. Calm down. Grow the fuck up and stop trying to start a controversy where there is none.


Speaking of race related assholeness, can we please address the fact that just about every BB site out there is kissing Chima's ass? What the fuck is going on?!? Am I the only one who remembers what went down on the feeds? I mean, she retweets her own compliments for Chrissake! Keep in mind these are the same sites that called her a racist a year ago. Are memories being erased or is brown nosing now an infectious disease? I, on the other hand, didn't care for her in the house and liked her a lot less when she got out. You won't see me kissing her weave any time soon.

Have you forgiven Chima? Do you think Ragan is racist? Comment it out Bitches!
Posted by Colette Lala at 11:12 AM