The Day The Merriment Died 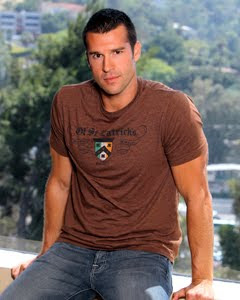 I gotta be honest, I didn't watch the Feeds at all yesterday. You see, it rained... even after I told you bitches not to do any rain dances! I had to forego the water park with Boompie (my niece) and instead we went to a bookstore where she demanded I read her book after book after book. I read Dora, Cinderella, Snow White, Max & Ruby, The Little Mermaid, and Berenstein Bears. I was doing all the voices and your girl Lala drew herself quite a crowd. Some 2 yr old with jingly ankle bracelets on her bare feet kept running around me and distracting my flow though. I tried to ignore her, but it was at a crucial part in the story when Ruby lost her doll so I had to kick that annoying jingly child in the face. It was only a small kick I swear. Her hipster mom with the vegan footwear didn't even notice. I think she was busy snacking on the granola in her purse or something. So yeah, I have no idea what's going on in the house. Since I know how you bitches get when I don't post I'm gonna go ahead and give you a fictitious account of the house yesterday. There might be some truths sprinkled in it here and there or I might be completely lying out of my ass. Who knows?! I'll leave it up to you to decide. Let's recap, shall we?

Sunday morning. Studio City, California. A creature with red, maroon, and pink hair begins to stir. She scratches her chin and sighs. The stubble is growing back thicker and faster every day now. Ever since she left her desert oasis, her follicles have been rejecting the California air with thick coarse black hairs begging to reach the surface. She grimaces her face and begrudgingly greets the day. Her visit back to the BB house didn't really go exactly as planned. Sure, she wanted to fuck up Ragan and Britney's game, but she also thought she could grind her skin with her beefy bohunk boyfriend's skin and produce something, not only smelly, but *clears throat* beautiful. The home audience must be enraptured by their love so she'll go through the motions of a phony romance with that penniless eunuch long enough to get her on The Amazing Race. After that, it's good riddance Brendon Villegas and hello Criss Angel! She swung her legs over the edge of the HOH bed and said, "I'm cut out for more than this dump!" Then, she scratched her vaj and headed to the can to take another enormous shit. Klass with a capital K!

Downstairs, Ragan stretched languidly on his patio furniture bed. He doesn't remember ever having a better night's sleep. He had been a little unsure of the events the day before. I mean, what if America actually liked Rachel? That enormous fight would be akin to a death sentence if that were true. For some reason though, deep down in his gut he just knew that the opposite was true. You see, after the fight his hunger went away, he stopped having those wretched gas pains, and, somehow, he felt as if the universe had actually patted him on the back or something. He couldn't really explain it, but everything just felt right. Sometimes when our souls find the path they're meant to be on you just know it and that's exactly how Ragan felt. As he got out of bed he looked down to notice a giant red R on his chest. He didn't know why or how it got there, but he was wearing a bright yellow superhero's outfit complete with a red cape and everything! He stood up and the cape began to billow in the nonexistent breeze all by itself. The knee high soft leather boots not only made his calves look fabulous, but it gave him a sort of a strut he hadn't exhibited before. "This is going to be a good day", he thought to himself then he flew through the halls of the BB house one hand on his hip and one hand purposefully above his head. 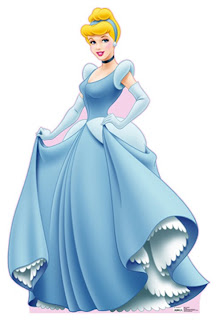 Britney heard a strange whizzing going around the house so she, too, decided to awake. She crinkled her forehead as the previous day's events all came back to her. The night before that spawn of Satan had called her "Princess Britney" like that was supposed to be a bad thing. A name like "Princess Britney" isn't an insult - it's a compliment of the highest order! For crying out loud, as I read book after book to Boompie yesterday each story was about a princess living in a castle and having a life of cake and fabulosity. Ariel had a whole lagoon just for her sea creature friends, Cinderella had a giant marble staircase a chandelier that may or may not have been designed by Jonathan Adler, and even that Belle chick had some fancy Wedgewood china that was always talking to her. If Rachel thinks "princess" is an insult, then she's dumber than I had ever thought. As a matter of fact, in a show of solidarity for Britney, let's all refer to ourselves as Princesses today. I'll be Princess Lala and you guys can be Princess Sausage Fingers, Princess Alli, Princess Creme, Princess Eileen, Princess Cheap Robot, and Princess Deion. (Bitches who comment a lot get top priority mentions) Rachel can be the mean ugly stepsister Drizella or maybe Gargamel from the Smurfs - whichever one is ugliest that's who'll Rachel will be.
The day began lazily enough and all the HG's quietly went about preparing their slop and eggplant. Rachel made herself a vat of olive oil and the house enjoyed their breakfasts in silence. One HG kept shifting uncomfortably in his chair though. It was the Plugged One himself, Enzo. He was getting antsy because he knew Rachel was gonna leave soon and he had to get in a few more hours of asskissing. As soon as the meal was over he skipped upstairs after Rachel and begin another long winded diatribe on something or other. "So yo, you and Brendon are like wicked mad competitors yo. I gotta start winning me some HOH's." Rachel replied, "Everyone out there loves me! I'm like seriously literally highly regarded." Enzo said, "Yeah man, that's cool yo. I wonder if they love the Meow Meow. I really gotta start winning me some HOH's yo." Rachel responds, "I only want real competitors to win. That Britney is such a bitch!" Enzo retorts, "Yeah man, I don't trust her worth nuthin'! I really gotta start winning some HOH's yo." This back and forth went on and on for hours. The more Rachel spoke, the more she looked like a pig and a giant hypocrite. Funny how it never dawned on her that Britney is one of the fiercest competitors in the game. Does Rachel not know that Britney was won MORE than she has? Very interesting how that little fact escapes the beak nosed wench. 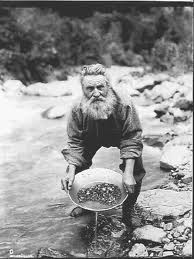 Elsewhere in the house Matt sat silent with his hand down his pants. He's almost found gold! Just a little more digging and he'll get there. What no one knows is that centuries ago, the Hoffman family were early prospectors and mined for gold in the Old West. The innate urge to dig for things was born into every Hoffman man henceforth and, oddly enough, since he was an even tinier pipsqueak, little Matty Hoffman always knew his gold was hidden somewhere in his pants. He's not exactly sure what he's gonna do when he finds it though. Maybe he'll make himself a trophy that says "Diabolical Genius" on it. He figures if he says that phrase enough, maybe one day it'll become a reality.
The noon hour chimed and it was time... time for Parrot Girl to take her leave of the Big Brother house. She stood by herself in the middle of kitchen and shouted, "Later bitches! Try not to miss me too much!" to no one in particular. You see, at that precise moment, everyone suddenly had some urgent business to attend to. Hayden had to comb his bangs, Kathy needed a smoke, Ragan was shining his new superhero boots, and Lane was busy floating in the pool. Rachel was leaving and not one person gave a shit. She blew kisses to the walls, the appliances, and her own black & white photo. A few pony hairs from her weave fell out and she and her giant vagina walked out the door. Only an odd pungent odor lingered behind. 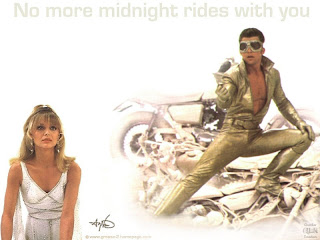 The house breathed a sigh of relief and Ragan delighted everyone in the BY with his new fantastic powers. Not only could now turn water into marshmallows, but every time he said "Die you vile disgusting pimply parrot!" the clouds above began to rain gumdrops and lollidrops. It was like Candyland in the backyard and all the HG's were thrilled. Britney and Lane took turns leaping into the marshmallow pool, Kathy started smoking candy cigarettes, and Hayden laughed his goofy laugh watching Ragan say "Die you vile disgusting pimply parrot!" over and over again. It was Willy Wonka, it was Babes In Toyland, it was Elf, and it was the heaven scene in Grease 2. Everyone was happy and there was peace in the Middle East.

Then... *sigh* he returned. Brendon knocked on the door and no one answered. They were too busy frolicking and laughing out in the backyard. BB actually had to come down off his throne and unlock the door for Brendon. It was soooo humiliating. Once inside the house Brendon went room to room looking for any sign of his harlot. All he saw weren't faint traces of ProActiv and dried up mascara tainted tears. Eventually, he made his way out back. You know how we now refer to the day that Buddy Holly and La Bamba went down in that plane as "The Day The Music Died"? Well, yesterday was "The Day The Merriment Died". As soon as Brendon opened the sliding glass door, the marshmallow pool disappeared, Britney and Lane sunk to the bottom, Matt found a lump a coal in his pants, Ragan found himself wearing a tattered tank top and gym shorts again, and Hayden and Enzo found the toffee they were chewing on turned into boogers... gross! Brendon is a fun sucker. His presence kills fairies, garden gnomes, and chia pets. Fairy tales turn into horror stories and wild ponies one by one hurl themselves off of rocky cliffs.

So yeah, that's what went on in the BB house yesterday. Who do you guys think Brendon will put on the block today? If it's not Matt, do you think the DPOV will get used? Will Enzo ever win HOH? How awesome is it that Kristen has read this blog? Comment it out bitches and have a great day!
Posted by Colette Lala at 9:35 AM