This Is Mad Stupid Yo 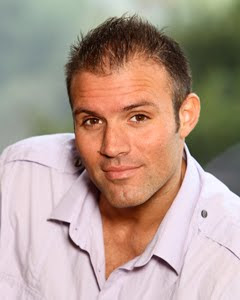 There is a land far far away where all the boring people are sent. It's very similar to a leper colony and it's called Sock Puppet Land. If you ever find yourself listening to someone tell a story and you're thinking, "I really need to get some toilet paper at the grocery store.", chances are that person telling the story now lives in Sock Puppet Land. History professors, librarians, ladies who organize church bazaars... these are the type of people you'll find in the SPL. In Sock Puppet Land the wind doesn't blow, the sun doesn't shine, and nothing interesting happens... ever. It's always 60 degrees and overcast with a dankness in the air that makes one's hair limp and uninteresting. Activity time is sitting in groups under trees and reading Beowolf in silence. You've Got Mail plays on a constant loop in the movie theater and white rice is served in the cafeteria day in and day out. Ice cream is always vanilla and sex is, you guessed it, missionary. Khaki is the color du jour and the stereo only has one radio station... the Kenny G station. Not much of anything entertaining gets done in Sock Puppet Land. Days are spent sitting in cubicles answering phones and nights are spent organizing sock drawers and 409'ing the walls. All inhabitants are given sock puppets to wear on their hands because the powers that be think it'll make the population more interesting or something. *yawn* Of course, that plan didn't work and now, in addition to dish water hair and empty spice racks, the town has to contend with a bunch of dirty smelly socks on everyone hands. If you ever find yourself in Sock Puppet Land, I suggest you pray for a quick death because that's you're only way out. Let's recap, shall we?

First, let's discuss the awful wretched POV comp that more or less just ruined the next 2 weeks of my life. Ragan had to win this competition. He was gonna smoke everyone by figuring out the morphed faces or guessing what happened on which day. The only problem is... it was an Otev comp. Damn hairy balls of hell! Houseguests had to search for two names that were on CD's and then race up a slippery hill and offer the names to Otev. Eating with an open mouth and spouting off grand delusions may or may not have been part of competition as well because, yup, Enzo won the POV. Seriously? Seriously?! *pages Mr. O* Uh Mr. O'Shaugnessy, I'm going to need a sharp painful instrument... something medieval that's used on cattle or something. I'm thinking about plunging a rusty hook into my spleen or maybe digging the eggs out of my ovaries and spreading them on toast. I figure eating my future offspring is a fitting way to punish both myself and the world. I mean, come on, my kids would have been awesome. Little Lala's running around striking poses, pulling other kids hair, and making fun of children who parents make them go to church and go to bed without watching any TV would have been amazing. My kids would be raised in a house of DVD's, pimped out Satellite TV, and Barbie Dream Houses. If I ever had any boys, I'd send them back from whence they came. I'm not equipped to raise a male.... unless of course it was a gay child. I would absolutely love to raise a little flamboyant gay boy so he could shop for me, help out with the interior decorating, and do my hair when I'm in my 60's. Unfortunately, none of that will ever happen now. Instead I'm gonna eat my eggs and hang my fallopian tubes over the front door. It'll be a warning to visitors that love don't live here anymore.

So Enzo won and of course he won't shut up about it. It's not an Oscar, it's not a Nobel Peace Prize, it's not even one of those silly Fox Reality Awards. It's a freaking POV that took him 8 weeks to win. "I was meant to do this yo. This is goin' down in history yo. Bra-gade 'til you die yo. We're in the final 4 yo. The Meow Meow is in the final 4! Youse can't stop the Bra-gade yo." Oh shut the fuck up. America hates you and you will never be famous - so there! The patron saint of douchebags actually wanted to wear the POV necklace for the rest of the week. So obnoxious. You could also see the wheels turning in Hayden's hair... "Oh shit. Enzo won something and people like him. I might lose now. Wah wah wah." Lane is, on the other hand, indifferent and Britney is under some delusion that she's going to the Final 2 with him. Ragan is understandably depressed and Mr. O'Shaugnessy is crying in a corner because I just pulled out his chest hair with pliers. I am not a happy girl. I'm grumpy, snippy, and annoyed by everything. Yes, I'm very mature when I don't get my way. 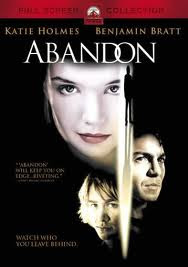 In protest I turned off the Feeds and began to watch a shiny sparkly show that's new to me. Someone was kind enough to send me Season 1 of Sons Of Anarchy in the mail and, I gotta tell ya, joining a motorcycle club is now on my list of things to do.... right after I write my bestselling novel called Eat, Bitch, Fuck. How did I ever miss Sons Of Anarchy?! Very rarely do I push products or force shows on you good people, but I'm thinking Sons Of Anarchy is a new must. #1 is Spartacus: Blood and Sand and #2 is Sons Of Anarchy. I've conveniently added an Amazon link to the right. It's half price so do yourselves a favor and get onboard. I'm so in love with it, I'll even consider adding a Sons Of Anarchy Group over at the Bitchy Network. It's my understanding that the new season starts the first week of September on F/X. The guy in it is that British guy who played Embry in that pre-Tom Cruise, Katie Holmes movie Abandon. He's kinda dreamy and he calls people "Darlin'". He also just wrote a new movie about Vlad The Impaler that Brad Pitt is gonna produce. Love it. Charlie Hunnam is definitely one to watch. Mark my words. 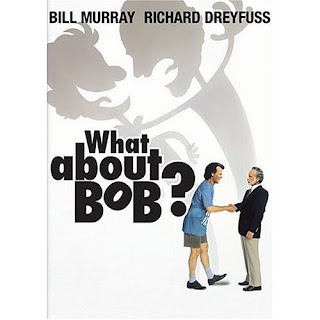 OK so back in the Big Brother house Enzo is bragging, Ragan is contemplating, and everyone else is just puttering around. BB sees this as a the perfect opportunity to unleash the 2nd punishment of Lane's Pandora's Box. The houseguests now have to wear sock puppets on their hands. They're not allowed to talk without their sock puppets and the sock puppets mouths have to be moving when the HG's mouths are. If they fail to speak with their sock puppets, then they will all be Have-Not's. *pause* Sock puppets? This is what the BB producers came up with to entertain us? Did someone on the staff just catch a replay of What About Bob? and thought it would translate well to reality tv? It was funny when Richard Dreyfuss did it. It's not funny when Lane chooses to sleep rather than exert the effort.
Enzo, still on his high horse, turns the conversation to all things Final 2. He is absolutely convinced that a Bra-gade member has this whole game in the bag. He says there's no way they can lose now. They're gonna win everything from here on out and, if for some reason Britney makes it to the end, they'll still have the jury votes to win. Hayden isn't as enthusiastic and says nothing is a done deal yet. He says Matt plans on voting for who competed successfully and played the best. Enzo poo-poos that idea and says that everyone will vote for a Bra-gade member to win because Britney isn't well-liked amongst most of the Jury Members. I'd like to think that if the Final 2 was Britney and Enzo, that Britney would win hands down, no doubt about it. If anyone in the jury voted for Enzo over Britney they need to have their heads examined and be sent to Austria for some intense psychiatric study by a descendent of Freud. I simply refuse to believe that Enzo will win this game. Then again, when have I ever gotten my way when it comes to BB12?

The late night convo turned to discussions about Halloween costumes and who's more attractive: men or women. Enzo dominated the entire conversation while Hayden just lay there with his hair in his eyes and Lane crawled under the table to catch some Zzzz's. Britney tried to contribute, but Enzo's hand waving and constant "yo's" are a tough act to compete with. After Enzo told everyone their Halloween costumes were lame, he began to plan his nightclub tour. He thinks as a winner of BB12 he'll be a hot commodity and everyone will want to hang out with him. Uh no. No, Enzo, no no no. If you're lucky, you'll get a webcam show on Real Player and that's about it and, let's be honest, I highly doubt even that will happen. Once Big Brother is over, the general public really doesn't give a shit anymore. Sure, there's a tiny faction of nutty BB fans who make this crap their entire lives, but the majority of normal people really could give a rat's ass about what happens to former BB cast members. I'm of the mindset that if you look like an ass and do moronic things (a la Ass Licker), then, yes, I will make fun of you and call you out on your behavior (get ready Rachel), but otherwise I'm not gonna go to BB Meet and Greets and I'm sure as hell not going to buy your nasty shorts on eBay. That's a little weird and creepy. I can understand maybe buying a piece of the house or an outfit that was actually part of the game, but not an HG's dumb ass clothes. I mean, seriously, gimme a break.

So that's about it. That was yesterday. What did you guys think of Enzo winning POV? Do the sock puppets make you laugh or are they just lame? Would you ever pay to see Enzo shout "Yo!" and "Meow Meow!" in a club? Comment it out bitches and have a great day!

If you've enjoyed what I've done here this season, please click on my PayPal button (upper right) and show your girl some love. Thanks bitches!
Posted by Colette Lala at 8:05 AM