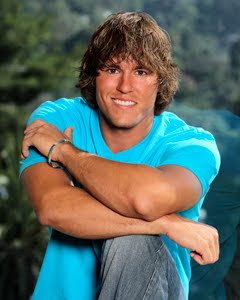 It's hot. The heat is sweaty, sticky, sweltering, and thick. It's like Louisiana heat or Mississippi heat. It's the heat that belongs in tightly packed churches with ladies in fancy hats fanning themselves. It's lovely to read about like in To Kill A Mockingbird where the women bathed 3 tmies a day and wilted like soft talcum covered teacakes. Heavy, languid, suffocating heat sounds romantic on the page, but, in reality, I'm seriously considering a career as an Eskimo. Eskimos are always smiling and I'm pretty sure they must know something I don't. Maybe clubbing seals and wearing fur year round really is the secret to happiness. I don't know. What I do know is that spending the summer watching some big headed uninteresting untalented worthless people putter around a house and say moronic things most definitely isn't the smartest way to spend a summer. I am incredibly angry at Big Brother and I feel violated, raped, and ignored. I spend hundreds of hours of my life watching and writing about Big Brother so I tend to take it personally when I'm given nothing to work with or care about. I have wasted the summer of 2010 and I'm pissed off about it. Let's recap, shall we?

I'm not going to mince words here. Big Brother 12 is the worst Big Brother in the history of Big Brother's all over the world. The reason I watch this show in the first place isn't for the competitions. Hell, it's not even for the strategy. The reason I watch is for the FIGHTS. Delicious fist biting fights where insults are hurled and someone is left crumpled on the floor in tears. I want my participants ballsy and impulsive. I want people not scared to stick up for themselves or speak their minds. Clever turning of a phrase and hotheaded convictions are bonuses I'll devour like a succulent lobster claw dipped in butter. I live for chest bumps, shrill voices, teeth gritting, and evil well thought out plans of sabotage. Stifled paranoid cautious personalities do not a successful reality show make. Hyper awareness of cameras and constant musings over potential stardom are not only infuriating, but it makes the season pretty much intolerable.

The "let's hold hands and be friends" mentality of the HG's is nothing more than one big giant fun sucking tumor that's draining my happiness levels and turning me into a pinched and bitter (albeit lovely) viewer. While watching the live show last night and discovering that the HOH competition would roll over onto the Feeds, I furrowed my brow, sighed long and deep, and begrudgingly turned on my Real Player. Pushing a single fucking button has never been more difficult or painful. A single Demi Moore Ghost tear trickled down my face as I prepared to listen to 4 idiots do whatever it is they do to entertain themselves. I think I'd rather watch the English Patient on a constant loop for the next 60 years rather than have to endure these final days of Big Brother 12. 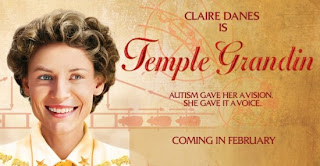 As a matter of fact, let's talk about all the things I'd rather do than watch Big Brother 12. Yes, this might be fun. Let's see, I'd rather sit in the DMV next to a large smelly woman in a purple muumuu suffering from acid reflux than listen to Enzo talk about how famous he'll be. I think that watching Temple Grandin in French on a scratchy DVD sounds euphoric rather than witnessing Hayden brush his man bangs this way and that. I'd rather stick a rusty shish kabob skewer covered in black widow spiders and red fire ants into my pancreas than have to watch Lane readjust his gigantically goofy trucker hat one more time. You know, I used to fear the possibilty of being a viable bone marrow donor for a friend or family member in need (I hear it's the most painful procedure ever). Now, I'll happily let anyone drill as many holes as they want into my lovely bones. You want a chunk of femur? Go ahead and take it. How about a nice piece of my tibia? Forget the pain meds just drill baby drill. While you're at it, how about removing my spleen with a spoon that's been sitting in a roach infested sink for 3 months? Pour battery acid into my eyeballs and attach little electrical nodes to my nipples.... sounds like heaven to me as long as I don't have to hear the word "Steamboat" ever again.

Do you know that last year I used to wake up late because I was up all night on the Feeds? I'd rush to my kitchen and quickly throw together something that resembled a breakfast then I'd run to my laptop and write and write and write lengthy neverending posts about how Kevin was the wittiest smartest player ever or how Lydia was unleashing all kinds of gorgeous crazy on Ass Licker. I didn't have half the readers I have this year but I enjoyed what I did. I would literally schedule trips to the grocery store or the post office to when the Feeds were down and the HG's were having a comp. I remember setting up my laptop on top of my treadmill and then almost breaking my neck leaping off to take notes when I saw Russell crawling on his stomach for a secret meeting with Ronnie. Each week I had a fight or a heated argument to cover. Every single day was overflowing with strategy and ingeniously conceived lies.

You wanna know how this year is going? I'm in bed by 11:00 PM and up by 7:30 AM. I take my time brewing one perfect cup of coffee and chopping uniformly symmetrical pieces of melon for breakfast. I walk the dog and wave hi to the neighbors. When I head back home a large pout begins to form on my face. I suddenly grip the dog leash really tight causing my hand to turn an interesting shade of purple and, more often than not, I'll just out of nowhere kick an innocent squirrel breaking open an acorn. When I arrive at my front door I stop and I just stand there and stare. I know that the second I open that door I'm going to have rack my brain searching for ways to make BB12 interesting. I know that as soon I step over that threshold the whimpering will begin - not from the dog, from me. Quiet little staccato whimpers as I uncomfortably hunch over my keyboard and resentfully make a blog post. I HATE BIG BROTHER 12!!!!!!!! I hate that I whine about it. I hate that I sometimes skip days purely out of anger. I hate that as my writing gets better, the feeds get worse. I'm convinced it's all an evil plan the universe has concocted just to piss me off. I don't like coming on here and complaining. I swear, I don't, but sometimes I just can't help it. The show I love so much and I sacrifice my summers for every year has now made me feel like a sucker. I've passed up trips to watch this crap. I'm such a moron.

Alright, enough of my bitching. Hayden is our new HOH and Lane is just now realizing he probably made a $500,000 mistake by getting rid of Ragan. There is no way Lane can win this season unless he gets to the Final 2 with Britney. Keeping Ragan and jumping ship on that lame ass Brigade alliance would have increased Lane's chances of winning. Instead, he now has to worry about Tweedle Dumb and Tweedle Dumber going after Britney. Lane fucked up big time and he knows it. Enzo and Hayden are coming, guns blazing, after Britney.

Everyone comes to the consensus that Hayden is going to win this entire game. I've been saying that for weeks now and it's doubly sickening that these yahoos are actually all ok with it. They had a chance to get rid of the one player everyone likes and they blew it. Hayden almost deserves to win based on their collective stupidity alone. Personally, I want Britney to win, but I just don't see that happening. I'm a realist and, as a result, I'm not only depressed, but I've resigned myself to the fact that a Brigade member is going home a half a million dollars richer.
The Brigade realizes this fact too so they continued to plan their post BB road to stardom. Enzo thinks he'll have a t-shirt empire or be the next Tom Cruise and Hayden is convinced he can get a job interviewing fighters of some sort. I'm just going to say this once - if any one of my blog readers buys a t-shirt from Enzo or pays to see these knuckleheads in person, I will personally hunt you down, gut your pets, and weld a dunce cap to your head. You'll be banned for life from my Bitchy world and every time you leave your house you'll see me sitting on your mailbox or perched in one of your trees pointing and laughing at you. Anyone who goes into the BB house and spends 90% of their time planning how famous they're going to be deserves to be kicked in the nuts and ignored for eternity. It's not only a disgrace to the game, but it's a disgrace to humanity. When Enzo, Hayden, and Lane set up their Twitter accounts, I better not see you guys kissing their asses and telling them how wonderful they are. Nothing drives me more crazy than watching fans spend a season bashing someone and then immediately kiss their asses as soon as they begin tweeting. I've seen it with Chima and Jessie and it's mind boggling how comfortable people are in their own hypocrisy. Personally, the only people I'm interested in making contact with are Ragan and Britney... and maybe Kathy. I wasn't all that nice to Kathy in the beginning of the season, but I grew to love Kathy Faye and her tall tales of cabin life. If she can see the humor in how I portrayed her, then she's one cool lady... Dragon Lady, that is.

Back in the house Britney gets called to the DR and Lane begins to regale the boys with his Julie Chen stories. Apparently, whoever was preparing Lane for his HOH Chenbot interview kept telling him, "You're a star! You're a star!". Oy vey. Enzo eats it up with a spoon and Hayden smiles through his obnoxious hair. Lane tells them how Julie actually said the word "Brigade" to him and how cool he felt in that moment. The three musketeers giggle and decide to up the prices on their Brigade World Tour. They continue to reminisce about the live show and Lane actually says, "My tattoo looked cool on TV." The other yahoos agree and they sit around very pleased with themselves. *sigh* They repulse me. With every fiber of my being, I'm repulsed. It's bad enough they think they're somebodies now, but the fact that they're talking about it knowing we're all watching is even worse. Look, if you think BB is going to make you famous and you're gonna milk it for all it's worth, don't fucking talk about it ad nauseum over and over again when possibly thousands of people are watching you! Are you truly that stupid?

So, will you continue to watch if Britney loses POV? Will Enzo ever star in a Scorcese film? How much are you looking forward to Survivor right about now? Comment it out bitches and have a great day!

If you've enjoyed what I've done here this season, please click on my PayPal button and show your girl some love. I need to buy Prozac... lots and lots of Prozac.
Posted by Colette Lala at 9:27 AM