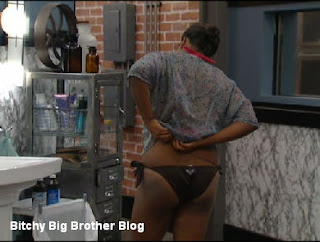 Yesterday on Bridezillas, a crimson haired lip furling Vegas prostitute Martha Stewarted herself a wedding dress out of white trash bags. White. Trash. The jokes write themselves. Personally, I didn't watch the madness. An attention whore is an attention whore is an attention whore. But, it did get me thinking about the wedding to come. Hungover bridesmaids with bra straps peeking out behind irridescent slip dresses. Paid groomsmen shifting uncomfortably in rented tuxedos with missing buttons and lapels. The bride shooting up Patron while lying on the cold mildewy tiles of some Unitarian Church. The bridegroom cramming his giant toe into ill-fitting oxfords from Wal-Mart. The bouquet of daisies ripped from the church landscaping. Roots hanging out. Dirt speckling the blushing bride's spandex dress. William & Kate they are not. No architecturally stunning wedding cake here folks. We're talking Pillsbury and we're talking rainbow sprinkles. Chic c'est la vie. C'est bon. C'est bon. Let's recap, shall we?

It was a blister of a day waiting to be popped. A long drawn out morning where not much of anything happened. It rained. That was fun. It rained in California. Whoop dee fucking doo. Brendon & Rachel frolicked in it while Shelly sat wondering how long it will last and how soon she can get to work on those outside windows. A ciggie in one hand and some Windex in the other, Shelly was a ball of nervous energy waiting to strike. One thing about Shelly we haven't talked about too much is that fact that she rarely eats. I don't think it's an eating disorder thing. I just think that leather responds better to dry arid environments. Had Shelly stuffed her face with milks and cheeses her skin would pucker and where would that get us? It's just better all around that she lives off of smoke, gun powder, ammonia fumes and positive affirmations. 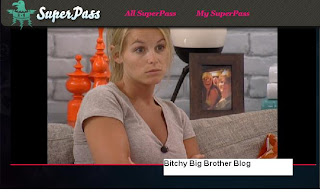 So the day dragged on and finally Jeff & Jordan go up to the HOH to talk to Daniele. Brendon has won the veto and a replacement nominee will be needed. They want to feel out where Daniele's head is at and come up with a plan. Daniele tells them first and foremost she does not want either of them going home. She'll do anything she can to keep them in the house. The problem is that she's a little worried that Brendon will remove himself from the block. She thought he'd be removing Rachel (he will be) and she wonders if Brendon stays on the block whether or not he'd get the votes to stay in the house. Part of Daniele is scared to put Jordan up. She thinks she'll be safe, but everything is a little sketchy now.

The three go through how the votes will go. Daniele thinks Adam, Lawon and Kalia would definitely vote to keep Jordan. For some reason, Daniele is unsure about Shelly. Jeff & Jordan quickly assure her that Shelly will vote to keep Jordan. Daniele still isn't convinced so Jordan says she'll talk to Shelly and figure out what she's thinking.

They talk about the possibility of putting up Porsche. She's friends with Rachel so if she were on the block against Rachel then it eliminates a vote for Rachel to stay. Jordan isn't so sure though. She thinks there's a good chance Porsche would go home and Rachel would stay. However, if Porsche were to go up, Jordan promises Daniele she'll vote however Daniele wants her to vote. Eh. I'm not sure I believe that. There are too many "what if's" if Porsche goes on the block. It's so strange to me that Daniele is even entertaining the thought. 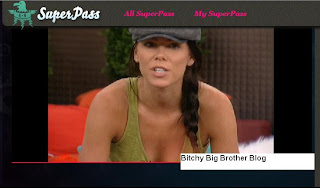 Daniele expresses her concern over Shelly. She says Shelly has been acting strangely lately. Apparently, she may have been cheering for the wrong people during POV. I don't know what's going on there, but I suspect Daniele may have been beaten up by a wild band of cheerleaders in high school or something. Anything cheer-related, Daniele absolutely doesn't trust. The talk then turns to Adam. Adam is so flippity floppity wishy washy that they wonder if Brenchel could get to him and turn him this week. 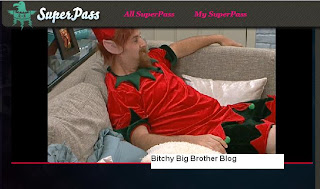 Adam enters the HOH and he thinks that Daniele should nominate Porsche. He says Porsche is a vote for Rachel so it might be good to put her up on the block and eliminate her vote altogether. Daniele tells him she was thinking about Jordan and Adam nods. He agrees that Jordan would be another good option. Adam says that if it was Jordan v. Rachel, Jordan would definitely stay. They go over how everyone could vote and it seems like Jordan will be safe no matter what. Adam is just worried that Brendon will get mad at him. Ugh. Adam, why are you here? Seriously? The primal screams, the 90210 bullshit, the hamming it up for the cameras, the constant plugs for BB sites... NO ONE CARES. You're just as bad as Porsche thinking she'll get famous from Big Brother. You think you're part of this inner circle of HG's now when really you're a crappy player who'll fade into oblivion just like 90% of the other former HG's. Actually, do porn or skype your penis. That'll keep you relevant for a hot minute.

Adam and Daniele then talk about the possibility of a former HG coming back. Daniele says they do it every 3 years, but they couldn't last year because Julie screwed up in her interview with Andrew. Annie was actually kept in sequester for weeks. There was every intention of bringing an evicted HG back into the game, but when Julie mentioned Matt's wife's fake diseased leg, she gave away too much info and they had to scrap the idea. Daniele thinks that maybe they're going to try to do it this year instead. I'm inclined to agree. Keith, Cassi and Dominic are ALL still in sequester. Let's say Brendon goes home this week. My best guess would be, put to a public vote, that either Cassi or Dominic gets brought back into the game. Now, I never vote when CBS asks us to, but for this, I would. 100%. I'd vote as many times as I could for Cassi. Dominic coming back into the game doesn't appeal to me because I hate having to listen to him and Daniele stealth whisper the night away. Daniele is only a fraction of herself when Dominic is around. The more interesting option is Cassi and watching Daniele pull Cassi into the fold before someone like Shelly could get to her and pull her the other way. Think about it. Kalia would tell Cassi how Shelly voted that first week and voila! We've got ourselves some drama. Outside in the backyard, Jordan is finally get a little leathery face time with Shelly. She tells Shelly that she's worried about how the votes will go if she's on the block against Rachel. With nary a smoky inhale, Shelly tells Jordan she'll be, without a doubt, safe. That should have been the end of the conversation right there, but noooooo. Jordan goes on and on running her mouth about everything Daniele said in the HOH. She tells Shelly how Daniele hates cheerleaders, how thet talked about the possibility of Porsche going on the block and how Daniele wonders where Shelly's loyalty lies. Jordan said too much, but I guess that's the power of Shelly. She's the one person you feel safe telling shit to. And, gamewise, that's a good position to be in I guess. The bloom is coming off the rose a little bit with me and Shelly. I still like her, but I was a little turned off during the CBS show last night when she called Daniele and Kalia a "low class of people". I mean, Kalia is a windbag of fecal matter and Daniele is a spoiled brat, but to call them a "low class of people" just because they're not crawling up Brenchel or Jeff & Jordan's ass was a little extreme. Shelly is on my "wait and see" list for the time being.

This brings me to BBAD. I'm skipping all the Rachel wedding bullshit because it's just another way for her to air time and, believe me, she'll get it. You'll puke when you see it so eat light before the Wednesday and Thursday shows this week.

So now we have Brenchel up in the HOH making one last final plea to Daniele. Brendon wants to know what Daniele is thinking. She responds and says, "What are you guys thinking?" Brendon tells her he'll be using the POV to remove himself from the block (lie). Dani asks him what made him change his mind and Brendon tells her that he feels like he can get further in this game. He then asks Daniele if she's considering working with them again, as a couple, in the game. Daniele says it's out of her power because she doesn't even have a vote. LOL. No offense, but that was so lame. I mean, I know she's stringing them along, but she still has the power to put someone on the block. Brendon & Rachel aren't idiots and they promptly tell her she should nominate Lawon because he's a floater. I swear to god, every time I hear them say the word "floater" I yank a fistful of hair out of my head. Has it not hit them yet that THEY are the ultimate floaters this week? The hypocrisy makes me insane!

Daniele tells them that she doesn't think anyone would actually vote out Lawon. Rachel asks, "Not even over me?" Daniel just shakes her head. She says the last thing she wants to do is make even more enemies in the house right now. Rachel tells her that by putting up Lawon and saving Brenchel, everyone will be happy and she'll be thrown a parade or some shit like that. It's just a bunch of lies. Brenchel are offereing Daniele safety to keep them in the game, but you and I (and Daniele) all know that saving Brenchel means ousting Daniele. Brenchel are desperate and desperation makes them stupid. 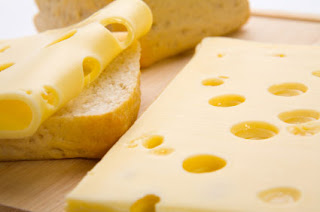 Brendon tells Daniele that if she keeps them safe, then it's a clean slate. He promises he'll be winning HOH next week (lie, he'll be gone). If not him, then Rachel. It's a thinly veiled threat with enough holes to make a delicious slice of swiss cheese. He says something about pushing a reset button and I wonder if I can push the reset button on his mother's vagina. Maybe it'll suck him back into the void from whence he came and we'll never have to listen to his heavy-jawed bullshit ever again.

The good news is that Daniele isn't falling for any of this bullshit. Look for Brendon to remove Rachel from the block, Jordan to go up as the replacement, a Glad product faux wedding to take place and Brendon to go home. My apologies in advance, but no blog tomorrow. Real life intervenes. I'll be back on Wednesday. Until then, comment it out bitches and have a great day!