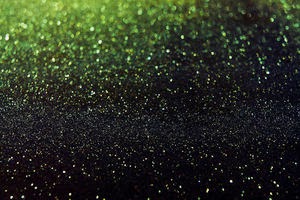 My great grandmother Nightingale Honeypot Lala was a fighter. A fighter! She fought against adversity in a tightly wound corseted world. When women sipped tea, she chugged gin. When men came calling, she tied them to her bed posts with an exquisite piece of old lace. She was a spitfire, that Nightie. My aunt Seraphima Biddy Lala was no slouch herself. She invented glitter. One night while she was shit faced with Toulouse-Lautrec in the 18th arrondissement, the sand she always held in her pockets (Virginia Woolf was a close friend) accidentally fell into her absinthe glass and created the most sparkling, the most shimmering, the most gleamingly brilliant chartreuse-colored tiny particles. Together, Toulouse and Será (for short) tossed her new invention off the top of the Eiffel Tower blanketing Paris in the most scintillating and majestic sparkle the city had ever seen. It is for these two women that I blog... and drink and throw glitter when I am joyful. Never forget where you come from, dear readers. Unless, of course, you're in the throes of a nationally televised game and ANY OUTSIDE INFORMATION AND ALLOWANCES ARE JUST PLAIN CHEATING!!! Let's recap, shall we?

OK so this is going to be short and sweet today for two reasons. Both of which are - Zach is insane! But I'm jumping ahead a bit. Here is what we know: Zach and Frankie have won HOH. Frankie won because he had an incredibly unfair sympathy advantage which has most likely already guaranteed him a final 3 position. Don't even get me started on this giant clusterfuck. But believe you me, I will have a shit load to say about it tomorrow night on the Big Brother Gossip Show. I have yet to do one of my epic rants and, I don't know, tomorrow just feels right. Don't miss it! Saturday at 10pm. Follow me on Twitter for links and iTunes info.

I'm going to try my best to summarize the labyrinth of crazy that took place last night so follow along if you can. When the feeds turned back on, Frankie was in full Frankie mode. He's oh so grateful for getting to receive yet another letter from home in addition to getting photos of his now deceased grandfather. Death is sad. Obviously. But we're also playing a game here, folks. A game where you're locked away from the outside world. A game where everyone should have the exact same chance as the next person to win. A game where production shouldn't bend to the ranting and raving of mentally incompetent fans on twitter. A game where one player shouldn't be allowed to give a 25 minute soliloquy to the viewing public. 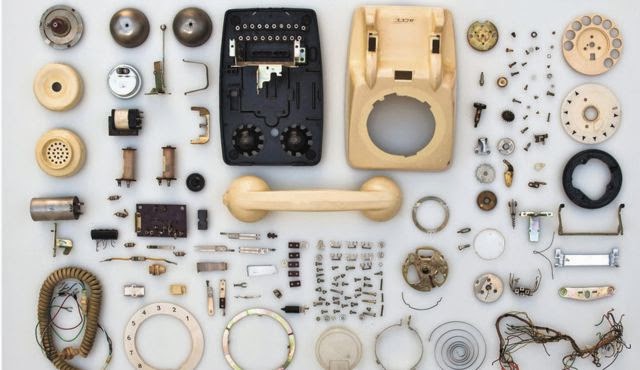 So Frankie is sad and moved and grateful and once again giving an abridged version of that Oscar speech he practices in the mirror ever so often back at home. Obviously, I ignored every bit of this nightmare and decided to focus of Zach. Crazy - like Meth Crazy - Zach. You know how meth addicts like to take things like telephones and radios apart when they're high? Well, Zach likes to take apart the entire Big Brother game. He is the personification of a loose cannon. It is a wonder that he sleeps as much as he does because when he's awake, he's firing on all cylinders and giving everyone, viewers included, crazy anxiety.

Zach's grand master flash plan is to backdoor Caleb. Frankie seems to be on board with it, but who the hell knows. He's still thanking ole Jebediah Scrimples Grande for inventing air. In order for Zach to backdoor Caleb, he wants to nominate someone who will throw the BOB comp and keep Amber on the block. I know, I know, it's odd. Ideally, he wants to nominate Christine and Amber and have Christine throw the comp. That way Frankie gets to stay HOH, Amber stays on the block, possibly removes herself and Caleb goes up in her place. As any Big Brother fan can see, there are a lot of problems with this plan. What if Caleb gets picked to play in POV and wins? He'll take Amber off making them both safe which will undoubtedly make Zach a target next week. But that, my friends, is common sense. And we're talking about Zach here - where common sense doesn't exist.

Zach refuses to put up Victoria because he's finally gotten back into her good graces. He also refuses to put up Donny because Donny has been a pawn way too many times already. Then there's Christine. Zach is annoyed beyond belief that Christine has yet to do anything for the alliance - for any alliance! - Bomb Squad, Detonators, Douche Canoes, what have you. Zach firmly believes that Christine needs to prove her loyalty and agree to throw the BOB comp. The problem is that Christine says, "No way Jose!" She's seen the show too many times to throw a comp.

There were also some discussion about Zach putting up Hayden and maybe Nicole or maybe someone in Production. Maybe they'll agree to Zach's cockamamie plans. At one point Zach even had the balls to hint to Caleb that he should go on the block and throw the comp himself. Caleb simply batted his beastmode Covergirl eyelashes and said, "No siree bob." He's done with volunteering and he'll never do it again. Which brings us back to Christine. Zach hates her. All she does is giggle and flirt with Cody. She does nothing for the alliance and she needs to prove her loyalty.

Christine, the big mouth that she is, naturally goes to spill everything to her best good friend Nicole. Nicole kind of listens to it all and shrugs her shoulders. You see, Nicole has more important things on her mind - like keeping her own ass off the block.

So after hours of Zach flitting this way and that asking everyone to throw the BOB comp and then getting more heated and angry when everyone refuses, Zach decides he'll put up Christine and Amber. HOWEVER, there is one little problem with this. Princess Amber has told everyone that if she goes on the block again, she'll out the alliance and sing like a canary. Obviously, this scares the crap out of Pussy (Cody). He tells Zach, "You can't put her up! She'll out the alliance!" Zach replies, "To who, Victoria? Everyone already knows about the Bomb Squad." Pussy then popped a couple of Midols and placed a heating pad on his ovaries.

Zach then announces that he is adamant that he will not put up Nicole, Victoria or Donny. Until, that is, he talks to Nicole. He tells Nicole how he wants Christine to throw the comp, then have Amber win the POV so he can send Caleb home. Nicole listens and whines, "But I don't think you should put me up." Huh? Bitch, he wasn't talking about you! Nicole's M.O. in the game is to talk shit about everyone else in that godforsaken voice of hers and then whine whenever her name is mentioned. It's brutal.

After his talk with Nicole, Zach wonders if maybe he should just put up Nicole and Hayden and have Hayden throw the comp so they can backdoor Amber.  (I'm so fucking confused) I thought his target was Caleb, but now it might be Amber. Next it'll be Nona so she can join Grandpa. *throws hands in the air* 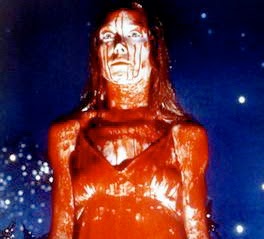 So while Zach is going ape shit insane pacing back and forth while wearing his HOH robe and hollering about getting Carrie-sized buckets of blood on his hands, the rest of his alliance is nervous. Frankie doesn't want to nominate Jocasta and Victoria. In all honesty, he'd rather not nominate anyone because he's a coward afraid to hurt anyone's feelings. Meanwhile, Pussy is scared that somehow all of this will backfire and make him a target (huh?) while Caleb, sweet Caleb, sits in the Hive busily carving a portrait of Amber into his arm with a plastic knife. It's madness, I tell you!

After more craziness with everyone and their dead grandfather being considered as options, Zach seems to have decided to nominate Christine and Nicole (Hey, what the hell happened to Amber?). His plan is to give an epic speech where he compares Christine to JennCity and says, "If you look up 'floater' in the dictionary, there will be a picture of you and JennCity holding hands." *giggles* He then plans on telling Nicole that she's a dingus froot loop of a super fan. I have no idea what that means. All I know is that I love the sound of it.

So where does that leave us? Hell if I know! One thing I can guarantee is lots of fireworks after Zach delivers his nominations today. No matter who he decides on, he'll deliver it in a way that only the Zach Attack can and people - probably everyone - are going to be pissed off. Bless his heart.

So, did you understand one word of what went on last night? Is Zach an evil genius putting on an act? Or does he simply need to up his Ritalin prescription? Comment it out bitches and have a great day!