They Must Be Stopped! 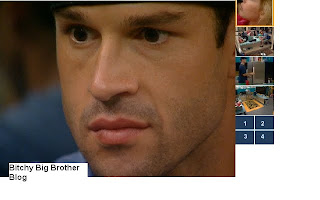 There is a recurring nightmare I have that haunts my days and nights. Sometimes I'll be standing in line at the grocery store and all of a sudden I'll shout, "Oh god no!". Or I'll be driving in my car and suddenly I'll jerk my arms and swerve onto a median trembling and crying to myself. Why, just the other day I was chatting with friends when I inexplicably stood up and rammed my head as hard as I could into a wooden door. No matter where I am or what I'm doing, the vile and evil thoughts keep creeping into my brain and paralyzing me with fear. I think you all know what I'm talking about. I've seen some of you react in a similar manner. It's like we're all in an M. Night Shamalamadingdong movie or something. We never know when it will strike or who it will hurt. It terrifies us from within. It's turning our souls into black cavernous abysseses. It's pungent. It's gooey. It's got a life of it's own. It's almost unspeakable... what if, my god, WHAT IF BRENDON BECOMES HOH TONIGHT?!? *blood curdling scream* Let's recap, shall we?

I apoligize in advance, but today is gonna be that short blog I was talking about. Bitch has places to go and things to do. I'd much rather sit here and entertain you whores all day, but life beckons.
OK now that I've scared the bejesus out of everyone, I'm afraid there's not really much to say about what went on yesterday. Rachel got her camera and took lots of photos of herself. Actually, that's not really fair of me to say. She also took a photo of Enzo on the toilet. I'd be remiss if I neglected to mention that.

For about 24 hrs or so, the house has been on an indoor lockdown. You know what that means, right? ENDURANCE. Better yet, Kathy is licking in between her fingers trying to get to any residual nicotine left behind. She's also up and walking around a lot. It's almost unnerving. My world ceases to make sense when Dragon Lady isn't supine wrapping her veiny legs around a blanket. Maybe her nic fit is to blame for what she does later on in the night. I'll get to that shortly.

So the HG's are bored, you're bored, I'm bored. There's a lot of laying around and talking about past BB seasons as well as discussing the Real Housewives franchise. My recent decision to hate Ragan turns out to be well founded - he's a Bethenny fan. Enough said. Britney. for god knows what reason, thinks the OC version is the best one which kind of makes me worry for her sanity. NYC is clearly the best. She also doesn't care for Gretchen. Come on! Gretchen's the most sane one on that nightmare of a show. I could talk for days about the Real Housebitches. I tend to side with whoever makes the show the most interesting. I'm Teams Jill, Nene, Gretchen, and... wait for it... Danielle. I can't help it. Those Manzos makes my no-no pucker and make evil faces.

While the HG's were discussing this and that, Joe Public (you assholes) were talking about Matt's big lie on last night's show. Matt made up some disease called Massingillyitis or something that his "wife" (I happen to think she's really a he) suffers from and that's why he's in the BB12 house playing for the money. Personally, I have no problem with it. I've always been a big fan of thinking outside the box and coming up with clever ways to manipulate your opponents. Funnier still, the lie is actually kind of working on big ole boneheaded Brendon. Then again, I think if you told Brendon your cat had a fungus in between it's toes, he'd probably cry and stroke your hair. 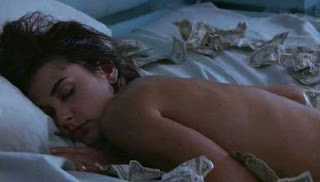 The only part of Matt's lie that really bothered me is when he promised to give a donation to the foundation for the disease he picked to give his wife. Gimme a break. Stop trying to be so politically correct and just keep whatever money you win for yourself. Yeah, I said it. If I won $500,000 on a tv show or in the lottery I wouldn't give one cent of it to anyone but myself. Alright, maybe I'd take my niece to Chuck E. Cheese or something. Actually, scratch that. I'm convinced the bubonic plague is alive and well in that pit of colorful balls. I'll take her Disney World instead. See? I'm nice.... sometimes. The point I'm trying to make, if I have one, is that you're on a reality which means you're kind of an attention whore anyways and, as an attention whore, you should be true to yourself and roll around naked in your winnings like Demi Moore and Woody Harrelson did in Indecent Proposal. Yeah, I think that's what I'm trying to say. 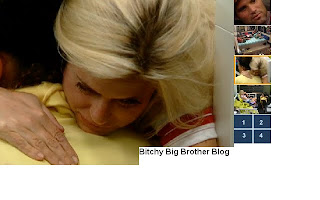 This brings us to the only real turn of events that happened last night. All day Monet has been crying while pitifully packing her things. She's upset that Matt will essentially be rewarded for being a jerk to her if he stays in the house. She cries to Kathy and says she really wants to stay. She thinks it's unfair she's being targeted just because she won some money. Dragon Lady feels her pain and thinks she sees some flecks of tobacco in Monet's weave. They hug it out while Dragon Lady frantically licks Monet's head. 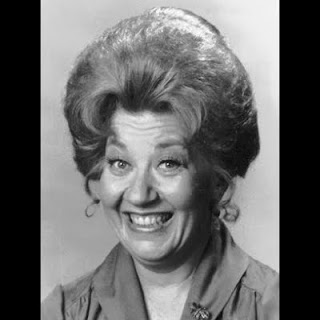 After Dragon Lady gets a taste of that good stuff, she marches upstairs to the HOH and tells Brendon and Rachel that she can't in good conscience give Matt her vote today. She feels she has a moral obligation to teach him a lesson by switching her vote to Monet. *sigh* I hate these assholes so much. I really do. I'm SO sick of everyone trying to do the "right" thing and play with honesty and integrity. I'm sorry, but honesty and integrity are fucking boring. I don't pay to watch people be nice to each other. I pay to watch people lie, backstab, and be evil. Kathy's vote probably won't even make a difference in whether or not Matt stays or goes, so the fact that she thinks it's the equivalent of a spanking for Matt being a bad boy nauseates me. Oh, and don't count on her winning HOH anytime soon. I'm thinking she'll be throwing every single HOH comp. She's too much of a pussy to nominate anyone and put her foot down. Instead she'll hide behind worthless votes and be the BB12 Mrs. Garrett. 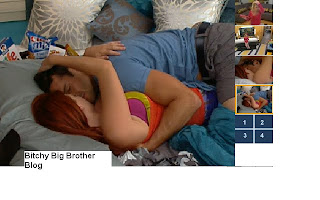 As for Rachel and Brendon, I hope this week is the end of their time in paradise. I need someone who'll shake this house up from it's core to win the HOH tonight. I'm thinking it definitely can't be Andrew, Ragan, or Kristen. I want whoever will nominate Brendon and Rachel. I want this next week to be a living hell for them. They've tortured me endlessly with their talking and breathing and existing. I want Rachel crying. I want Brendon begging on his knees to whomever is in the HOH. I want them to be ripped from each other's arms. Let's get Rachel out first, then get Brendon out in time to make it to the Jury House. Those weeks apart from each other are exactly what they need. Maybe Kristen can get sent to the Jury House too where she'll make sweet love to Brendon and emerge with a bun in the oven. Rachel will go all postal, kill Brendon, and then herself. It'll be a very fitting ending to the pain and suffering they've caused me.

So, who do you want evicted tonight? Who do you want to win HOH? How will Dragon Lady react when she discovers there's another lockdown coming (to remove the contraption BB spent all this time building)? What do you guys think of all this "nice" game play going on? Comment it out bitches and have a great day. Again, sorry for how short this is. I'll make it up to you tomorrow. Please check onlinebigbrother.com for to catch up on anything you missed.
Posted by Colette Lala at 9:29 AM