What do you get when you put a girl who lost her face to an oncoming train in power with a girl who doesn't know how to piece two words together? A whole lot of nothing! That's what you get. Houseguests, you've got to give me something to work with. That's my one rule. Entertain me and I will write about you. Bore me and the glitter queen gets a day off filled with frolicking, cavorting and, quite possibly, day drinking. Let's try to recap, shall we?

Alright, so Shelli ("Wait, is that my name? Can you ask me another question instead? I'm drawing a blank") and Becky ("Whoopsie daisy, my nose fell off again.") are our two HOH's. Shelli wants to target Day while Becky would prefer to go after Audrey. Not only are their targets different, but their plans are different as well. Shelli has decided to straight up nominate Johnny Mac and Day. She's hoping that Johnny Mac will throw the BOB which leaves Day on the block and susceptible to eviction. Becky, on the other hand, has decided to nominate Steve and Jason in the hopes of backdooring Audrey and sending her and the roots of her shady tree on out the door. More on that later. 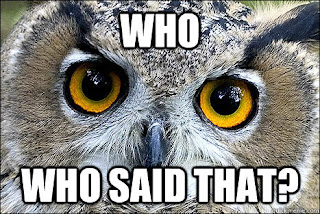 Since Becky has decided to nominate Steve a-gain, she has some 'splaining to do. Firstly though, I need to tell you about The Elephant. Becky has mysteriously decided to refer to Audrey as "The Elephant." Out of all of the animals in the animal kingdom, why an elephant? An elephant is a symbol of loyalty, strength and patience. Did you know that baby elephants stay with their mothers for at least 16 years? They're slow moving, majestic and not necessarily Chatty Cathy Lizzie Borden's like our Evil Queen Audrey. I would think a parrot or maybe an owl would be a wiser choice, don't you? Both are incessant and have a tendency to ask the same questions over and over again just like our Audrey. 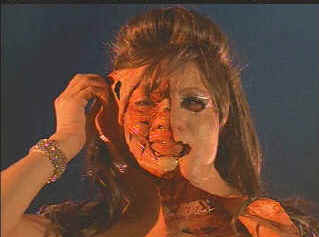 Anyhow, poor defenseless Steve is back on the block and he is as flummoxed about it as we are. Becky explains that he was seen in the same room as Audrey and that is as good as guilty as far as this house goes. Steve replies, "I was just, you know, being human and standing in a room. That's all." Becky insists that it wasn't her idea that Steve and Audrey are in some super secret standing in the same room alliance. She says it came from other people. Other people she will not name. But trust, they are out there. All around us. OTHER PEOPLE. Oh stick a sock in it, Becky. Nominate whoever the hell you want, but don't coat it in foam latex and face putty.

As for Shelli, if Day manages to get off the block, then she'd like to target Jason instead. Day and Jason together are bad new bears and need to be split up as soon as possible. Having said that, Shelli is also totally down with getting rid of Audrey. We all know Audrey to be annoying and deceitful, but did you know that she is balls out malicious as well? If you'll recall on 'Tally Me Banana', there was a rumor of an all girl's alliance going around the house. In order to show allegiance to one another (and their dark lord), the girls would dress all in black. Well, Audrey Of The Devil People decided to take that word "black" and turn it into a racist thing. This bitch went around the house suggesting that Becky had formed a pseudo Ku Klux Klan who dresses all in black in order to hide their Confederate Flag underwear.

This is so fucked up - to turn something completely innocuous and innocent (and not to mention untrue) into something most reviled and, moreover, to pin it on someone who has done nothing wrong.

You and I and everyone else knows that the worst thing you can be called on a TV show is "racist." People lose their jobs over such accusations - whether they're true or not. They're cast out of the community, deal with death threats, and pretty much have their lives ruined. But here comes Audrey taking something not even remotely racist and twisting it into an ugly and untrue accusation all in an effort to shift the heat from herself to an innocent person. What surprises me most about this is that it stems from a person who has probably dealt with her fair share of gross and unfounded lies about herself throughout a good part of her life. Don't get me wrong, I'm all for lying in Big Brother. I even support manipulation and deceit within the confines of the game. What I don't appreciate is the blatant malice behind the deed. To purposely malign Becky's character in such a way when you know, and believe me, you know, Audrey, that Becky did NOT form a racist girl's alliance. 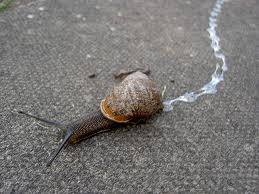 And even the way Audrey suggested it was just so slimy. It was a few nights ago when Jace was looking for some help and votes. Audrey slithered her hands up to her neck as she is often wont to do and says, "Well, there is this thing I know about Becky, but..." And then her voice trailed off waiting for whomever she was talking with to ask, "What? What about Becky?" Blech! Ick! Flergle! It was so smarmy. On second thought, a good animal to compare Audrey to would be the simple snail. She leaves behind a trail of goo and hideousness wherever she goes. And when she's threatened or senses that all of her lies and manipulations are about to bounce back in her direction, she cowers in her bed/shell until the predators forget she's around. But she'll return. She'll return to leave her gelatinous pathways in her wake.

So as of right now, Becky is on the warpath to get rid of Audrey while Shelli is off canoodling in a bed somewhere with Clay trying to form sentences. Day and Jason are furious that they are up for nomination and can't believe that Audrey is getting another pass - especially after proving how heinous she is. It looks like, for the most part, Becky is keeping her plan to target Audrey under wraps. She has told Steve and Jason to kick ass and win the BOB. It's a little bit confusing because Shelli is also quite vocal about how sketchy Audrey was spreading that rumor about Becky yet she's still going full throttle on trying to get Day out of the house. The way I see it, both girls want things to go their way and there is a definite divide between them. Shelli and her band of merry idiots are gunning for Day while Becky and whoever else is left is on Mission Audrey. 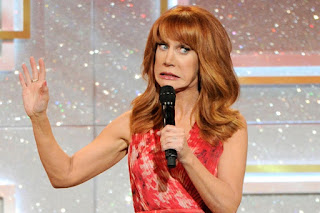 Personally, I'm not ready to lose either lady yet. I despise Audrey with every fiber of my being but she's a troublemaker and I could do with a few more weeks of that. As far as Day, we definitely can't lose her this soon. I can see her crushing the BOB today, can't you? You know what else I can see? That Kathy Griffin telephone ringing for the 7th time just as Audrey is walking by it. Clown shoe, anyone?

BOB is going to be HUGE today. You definitely don't want to miss the aftermath! At just $5.99, you have zero excuses not to sign up. I predict a glorious weekend of insanity. And, don't forget, if you have any Amazon shopping needs for whatever products strike your fancy, please click to get there through my links on the right. Thanks bitches!