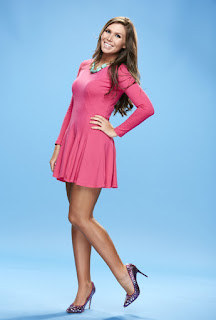 The curtain has been pulled back. All the excited bright faces filled with highfalutin promises and a lot of poppycock have come out one by one to say hello. Let's get started, shall we?

Let's get the big hot topic out of the way. Audrey is, in fact, a member of the Transgender community. She was born with the dingle dangle parts, but is now a lady. Good for you, CBS. I've been lobbying for an All Tranny BB or at least an All Drag Queen BB since 2009 (in addition to an All Ex-Con version which would be brilliant). Personally, I'd love to know exactly when the casting decision was made on Audrey. Before or after this whole Caitlyn thing? But, whatever. Here she is and I'm going to treat her just like I treat every other cast member -- with a pitchfork, a bubbling cauldron, and a freshly sacrificed virgin roasting over a spit.

Of FFS, she raised the roof and then said YOLO. Hang on, I'll be AFK for a second because I need stab myself in the face with a fiery hot poker. BRB. IRL I'm just SMH, but then there's that FOMO and I guess I need to see more? 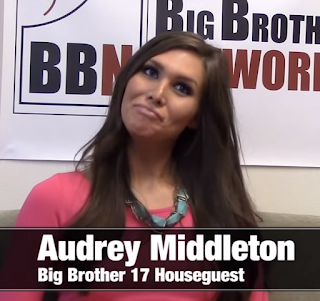 Was Audrey kicked out of the local dinner theatre version of A Chorus Line because I'm getting lots of razzle dazzle jazz hands? One more finger sizzle and the poor gal is going to launch herself off that couch and into the interviewer's lap. She's also an enunciator. She's a point maker. She pauses as if to say, "Here comes my punctuation. Here's where you'll widen your eyes at what I'm telling you. Now watch me scrunch up my face and nod at you while I crinkle my brow. That's me saying, 'A girl like me from a small town? IKR. I'm just as stunned as you are.'" Oh shut up. 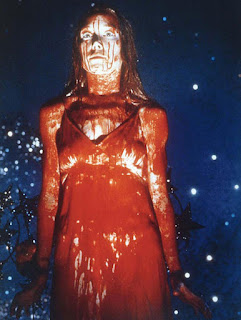 Strategy wise, I never really pay attention to what these people say. They don't know the twist. They don't know who's in the house yet. It's all useless conjecture. However, the Lady Audrey here likes blood. Lots and lots of blood. She wants to play the game like Dexter Morgan and be dripping head to toe in blood. Then she's going to take that blood, save it in Ziploc baggies in the back of her dresser drawer like I once saw a bulimic chick do on Intervention with her own vomit, and, come Finale Day, she'll whip it out and toss it over the audience while jazz hands-ing everyone into voting for her. I can respect that.

Here's something I found fascinating - when asked if she wants an all-girl alliance, Audrey replies that if all the girls could sync up their "cycles" (what is it with this chick and blood?!) that they would be unstoppable. OK, let's analyze this. Audrey, you may have a vagina now, but you don't get your period. Sooo are you guys kind of thinking that she has no intention whatsoever of revealing her big secret? The more I listen to her talk about being girly and all that, the more I think the world revealed a secret that she necessarily didn't want out. What do you guys think? We've got Julie Chen crying on The Talk about having a transgender player, but then here's Audrey talking about menstrual cycles. This is going to get good!

Call me crazy, but you know you want to see the big reveal. Will she tell? You need the Live Feeds to find out!