Becky: Killed Them All Of Course 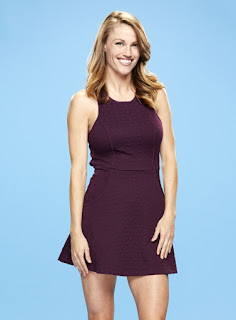 This is Becky Burgess from Denver, Colorado. She is 26 years old and works in the cutthroat world of retail. Let's see if she has slayed any dragons in her youth or has an illustrious past as a mermaid, shall we?

For some reason, Becky is under the impression that she is on a job interview. She's a double major in Tedious and Boring. She works well with others and likes to build up other people's female psychology - whatever the hell that means. She also likes to hike. Up mountains.

When she was in school, she learned how to count so she can count things. Lots of things. Things that can be counted for, you know, the counting competitions.

Look, I don't need to watch anymore of this chick talk in order to tell you that she's a Type A neat freak telling us exactly what we think we want to hear. What she won't tell you is that she can also sometimes eat an entire bundt cake while crouched in the back of her closet if she doesn't win Employee Of The Month at Claire's. She'll tell you she's a girl's girl, but really she's got a Burn Book under her mattress and she's adding to it every night...

"Marielle put her Chai Latte on the counter that I had just Windexed. It left a ring. Tomorrow, I'll accidentally shoot her in the eye with the ear piercing gun."

"Today, Elaine dropped some Tahini on my DVF skirt - the one I got on sale at Gilt. Tomorrow, I'll feed her cat the Oleander infused milk I keep in the fridge for such occasions." 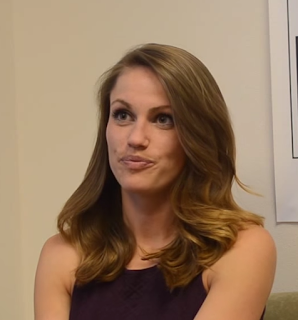 Look at her eyes. Large. Purposeful. Waiting for you to screw up. And when you say something she doesn't like. *blink, blink* She is SO writing about you tonight before she goes to bed!

Listen to her talk for 8 minutes straight and you run the risk of a self-induced coma, but... there's something. Something that makes me think she has serial killer potential. She's putting on an act. That's what it is. A big ole phony act that could end with a lost decapitated head floating somewhere off the coast of Galveston, Texas.

What the hell are you waiting for?