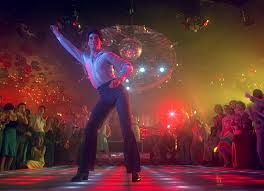 Scott Storey is at it again. With his fish bowl full of ideas he reached in and pulled out what amounts to a plexiglass menagerie of What The Hell?! If Starlight Express and Saturday Night Fever had dirty sweaty relations, the baby they would poop out would be the Big Brother 17 house.


Let's start at the top and work our way down, shall we? 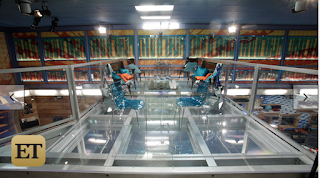 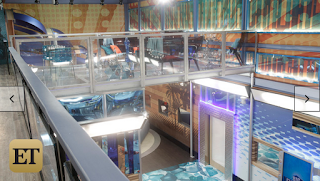 We begin our tour at the "New Hangout Area" and "Sky Bridge." Unless Barry Gibb in his tight white lycra pants is crooning sweet sweet rhymes of passion and longing into the HG's ears, I find this space rigid, stark, and the opposite of cozy. Wooden garden benches adorned with cheap sateen pillows face one another awkwardly while two uncomfortable plastic chairs flank a seemingly invisible chess table. 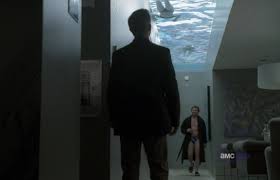 Drexler's swimming pool ceiling in The Killing this place is not, but maybe we'll get some pervy HG's looking up the girl's dresses. 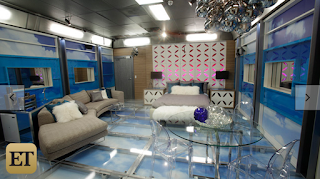 Next up is the HOH room. It's another weird mash up of mid century modern meets The Jetsons. I see a lot of bruised shins as a result of that cocktail table. 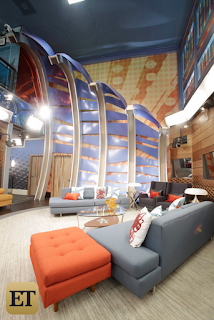 Now we'll work our way downstairs via what Storey calls the "Steel Wave." Again, an abstract beach wave flowing down into the Brady Living Room is a mystery I am unprepared to solve. 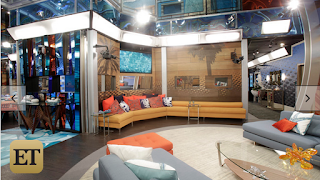 While we're in the Living Room is where Storey introduces his beach theme. I think I saw that palm tree wall in the Roxy store when I was in Maui last year. Why not make the whole house beachy? Now that could be fun. That's summery. Driftwood, lifeguard paraphernalia, starfish, nautical art, hurricanes, buoys, ropes and maritime tchotchkes. Oars, sails, sea glass, bottles with messages tucked inside. Perhaps a random peg leg. 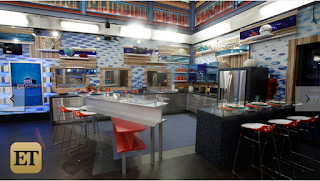 And this brings us to the Kitchen. I don't even... I can't process... Is it a Morgue or a Sushi Bar? And what in the sam hell are two random steel beams doing there? 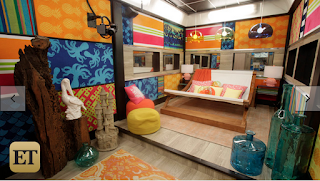 And since I'm already a little angry. Let's discuss the Lounge Room. What sort of heated and secretive backstabbing plans can happen in here when there is literally space for only 2 or 3 people to congregate? A hammock? Seriously?! If that thing squeaks, I swear to god... This is by far the dumbest room in the joint. 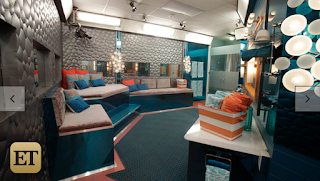 The bathroom usually isn't too bad and this year is no exception. Look at all that seating! How weird is it that the bathroom - where people take shits - is more appealing and cozy than the Lounge? Funky pillows, cool sconces. I'm getting a bit of a Jonathan Adler vibe from this space. That aluminum wall has got to go, but I'm not too mad at this area. 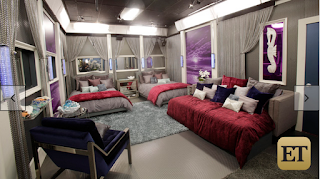 Now we venture into the bedrooms. First up is the "Night Club Bedroom." The drab gray bores my senses, but the pops of the lush deep red in combination with that gorgeous indigo velvet chair shows promise. It harkens back to one of the best Big Brother houses - the one across the pond in the UK. It's always lush and rich and cozy. It makes you want to be there. It invites you in and says, "Stay a while." 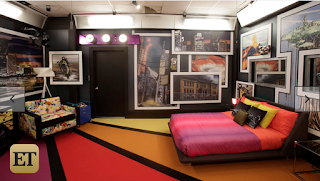 But oh dreams can be dashed as quickly as they are formed because here's a godforsaken - and completely random - "Comic Book Bedroom." Why? Why comics? Where's the cohesion? Cheap sheets and tacky pillows adorn a pinwheel floor. 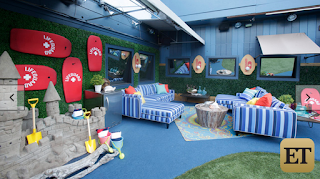 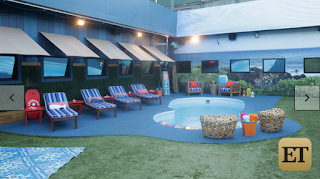 Alright, let's head outside and wrap this up. What is there to say? It's beachy and colorful with lots of seating. Those basket chair things look like a bitch to sit on, but I'm not mad at the blue stripes.

And that's that! That is your Big Brother 17 House. Next up is the Cast Reveal which can only be seen exclusively by subscribers tomorrow on CBS ALL ACCESS. Be sure to sign up today so you don't miss a second of the action! 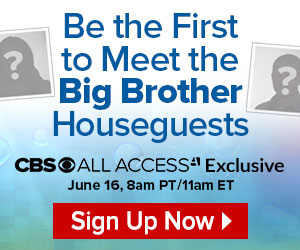 All house photos courtesy of Entertainment Tonight.
Posted by Colette Lala at 1:48 PM