How To Cheat And Alienate People 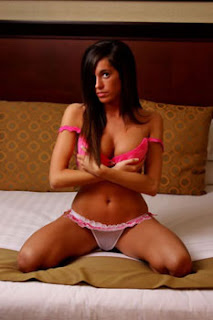 We were supposed to have the POV Ceremony yesterday but BB has pushed it to today. I wonder why. Are they scared that if Russell goes up he'll wreak havoc on the house? Are they manipulating Ronnie in the DR trying to get him to put a certain person up? Are the BB crew just insanely lazy and hungover from a big Saturday night spent at Saddle Ranch (that's actually NOT a Laura dig)? I have no idea, but there has to be a reason behind it.

So we're no closer to determining who Ronnie will be putting up in Jeff's place. He was flipping back and forth between Casey and Russell all day long again. I even started a drinking game on Twitter. You had to drink a shot whenever Ronnie flipped. I'm assuming there are a lot of twitter folks lying on their laptops right now dead from alcohol poisoning.

Very few noteworthy things happened yesterday, but one that made me laugh was when Jordan was telling Ronnie that she can't trust anything that comes out of his mouth anymore. She calls him out for playing both sides and lying to everyone. The entire time I was watching this I was thinking "Shut up Jordan." Sure, she's 100% correct, but we all know that Ronnie doesn't like to be confronted and, true to form, Ronnie threw a little bitch fit following this conversation. Jordan is dead to him now. She was never on his radar before, but now she's at the top of his list.

Ronnie basically spent the rest of the day convincing everyone else how hard being HOH is. He knows he up shit's creek without a paddle and he's trying to do some sort of damage control. Here he is retelling the Jordan convo as he sees it. You can tell Casey is tired of Ronnie's bullshit, but he's being cautious because, unlike Jordan, he KNOWS not to come at Ronnie with all guns blazing. Ronnie needs to be approached like a little boy whose feelings you don't want to hurt. Casey, the teacher, excels at this.


Late last night Ronnie suggested that the NBK cheat in the HOH competition if it happens to be a "majority rules" set up. As sleazy as this is, it's pretty damn clever. I don't think I ever remember HG's coming up with a plan to cheat at HOH. He tells the NBK that if it's a majority rules comp that they should all pick A. No matter what the question is, just pick A. It's not a particularly complicated cheating plan, and they'll definitely run into trouble when only they're left and they're all still picking A, but I kind of have to admire Ronnie's ingenuity. Maybe the best ideas come out of complete and utter paranoia. You know next week Ronnie is going to be shitting his pants. I wonder what else he's going to come up with in order to ease his insecurity for the coming week.

In short, it's looking like Team Jeff has given up. Whether Casey or Jordan goes up in Jeff's place, Laura will still be going home. Laura played too little too late. That blow up in Jessie's HOH instantly sealed her fate. I will not miss her in the least. You can only watch someone adjust their boobs so much you know.

Laura grew up in a small town in the hills of Georgia. Her ma and pa (when he was around) were friendly with the bottle so Laura had to learn on her own what it meant to be a woman. She was a scrawny kid with long stringy brown hair and a face that wasn't doing anybody any favors. That all changed the summer before she turned 12. Little painful buds of breasts began to push forth against her tattered tank tops. It was that summer that she began to always tug at her shirts. It's a habit she's never been able to shake.

That September when she went back to school, the boys began to look at her differently. Even the pretty rich girls who had MTV and Guess Jeans would stop and pause whenever Laura walked by. Laura's family's money all went to Scotch and Spam so even though her body was growing, her clothes did not. She was the only girl in her school to have breasts and she made it her mission to buy herself a pretty white lace bra with a little pink flower in the middle. It was then that she realized that her breasts could make her money. She'd go down to the abandoned gas station on the edge of town and charge the boys 50 cents to take a peek at her new bubbies. For $1.00 they could touch them.

After only a week of clumsy hands all over her breasts, she had made $50... enough to buy 3 bras and a giant bottle of hydrogen peroxide. Laura's mom, Nigella, was always too busy cooking up her meth and selling oxy to get her kids proper dental care so the hydrogen peroxide was how Laura kept her teeth clean. She had always wanted bright white pearly teeth like the girls who lived in Mulberry Estates had. Every night after Nigella lay passed out in front of Ricky Lake reruns, Laura would take her one and only clean Q-tip and rub the hydrogen peroxide over her teeth for 20 minutes every night. It's a ritual she's maintained her entire life.

In high school when the cruel reality hit Laura that her boobs would one day stop growing she'd clutch that string that was once her Q-tip and cry salty tears onto her stained pillow. All the girls had breasts now... some even bigger than hers. The boys never bothered to look in her direction now. Her face had gotten long and slightly manly. Nick Auerback, the cutest boy in school, would neigh and whinny whenever she walked by. She HAD to think of a way to show everyone she was special. She didn't want to be Horsey Laura, the daughter of the local meth dealer, anymore. She wanted to be famous and beautiful and have girls be jealous of her. I mean, isn't that what every girl wants?