As Seen On TV! 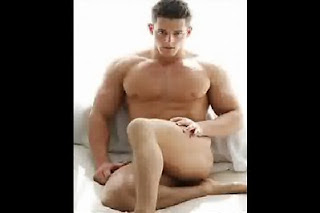 Thanks to Bloodydove for the blog title!

Dusk in Studio City. It's the time of the day those Hollywood folk refer to as "Magic Hour". At no other moment is the light more perfect. Buildings sparkle, hair glows, trees glimmer... all bathed in a wonderous orange light. It's also the time of the day when a miniature ring of Fates emerge from their tiny den of safety (located just off of Hollywood and Vine) and flutter towards a very special person who will be blessed with a fortuitous destiny just for one night.

Michele wasn't sure why, but she had to wear her canary yellow dress last night. Something deep in her bowels (possibly Chima's microwave pizza or possibly not) drew her attention to the pocket of sunshine nestled deep in her BB closet. She'd felt a slight tingling in her loins (where the Fates choose to attack) and remembered something Debbie had said to her on their last night together, "Whenever you need to feel beautiful, whenever you need to feel loved... wear your yellow dress and know that the Ruby Fruit gang is with you always. It's like the righteous babe Ani DiFranco said herself, "Let's not ask whats next, how or why, I am leaving in the morning so let's not be shy"" That last night together Debbie schooled Michele in the ways of female love. Whenever we see Michele wearing her yellow dress from here on out, we know she just wants to be special and relive the magic she felt that last night with Debbie.

With Michele in her canary yellow and Laura wearing some ridiculous hooker outift, Julie Chen, the Candy Apple Queen herself, MENTIONED MY BLOG BITCHES! Julie was introducing Ronnie in the HOH room and she said, "On the internet he's being called the 'Square Root Of All Evil'" On the internet? No, my dear Chenbot... right here he's being called The Square Root Of All Evil. Right here at my little dog and pony blog. I coined the phrase 12 days ago right here at the BBBB. Here's the link to the original post: http://bitchybigbrother.blogspot.com/2009/07/ronnie-is-square-root-of-all-evil.html and here's the clip from last night. It's at the 3:00 minute mark.


I have none other to thank but Michelle Talbott, Ronnie's wife. She's a fan of the blog and mentioned it to CBS in an interview she did with them last Sunday. Any woman who can laugh at me poking fun at her husband is alright by me. She sees the humor in all of this BB hooplah and knows that, after all, this is just a game. Albeit a game many of us are obsessed with, but a game nonetheless. Thanks Michelle!

I also have to give some fumbly gropey love to my boys in BB chat Lobby 1. Some uninformed miscreants over at Jokers were claiming that BB or CBS must have made up the "The Square Root Of All Evil" reference. My manly protectors, Grimace and Jediaces, set those fops over at Jokers straight and told them who the real architect of that catchy phrase was... moi. Thanks boys.

So sad horsey hookerfied Laura is gone and Churchill Downs can resume it's day to day functions. All were at rest when Laura was gone. Nary a horse cantered down the field knowing Laura was tucked away in California. And in what would be the funniest (to me) and the most disappointing (to everyone else) HOH competition, Manbeast Jessie ran away with the prize. Oh the anger all of you had! Threats to cancel feeds were popping up like pimples on a teenagers chin. It's a game people!

I'm thrilled an Athlete won. Anything that brings the drama and forces the players to strategize is why I watch Big Brother. Now, calm down everyone, I'm not rooting for Jessie or even an Athlete to win Big Brother at this point. I'm not that off my rocker. It's way too early for me to pick who I want to win this game. Until I have a favorite, I root for drama. It's as simple as that. As I stated yesterday, I REALLY want to see what comes of the Ronnie/Russell alliance. I'm dying to see how long they keep it under wraps, how the Dumb 5 react to it, and who Chima will punch as a result of it. The fit is going to hit the fucking shan when Chima figures out her alliance has been playing her. Can you imagine how delicious that will be? Order your ear plugs now because I guarantee you'll need them.

After the live show was over the gang settled in to feast and BB was nice enough to let Jordan eat a little early... and eat she did. Homegirl ate all night long. The general mood in the house was light and happy. Russell even shaved off his porn stache. They knew Laura was leaving so no surprises there. The only question on everyone's mind was: Who voted for Jordan to leave? We all know it was Natalie, but the BB gang is mystified and have begun to point fingers. Chima was so ready to blame Ronnie, but Ronnie didn't have a vote last night. Natalie is strongly insinuating that Casey or Michele must have been the mystery vote. If Natalie's intention was to truly frame someone then I'm mildly impressed. I didn't think she had it in her to come up with something so underhanded.
Ronnie kept to himself most of the night reading his bible (maybe Michelle T. can shed some light on whether or not Ronnie is uber religious or just desperate for some reading material). While in the spa room, Natalie came in and whispered to him that he was safe this week no matter what. She advised him to come out and sit with everybody else. Ronnie did eventually join everyone outside, but he kept his distance.

Casey is, at this point, spent. He's exhausted from the day's events and you know he has a nagging feeling that he's probably not very safe this week at all. Even though "the plan" is to oust Ronnie, Casey is feeling something deep in his gut that's beginning to cause him some worry. He has every right to be worried. DJ Jazzy Casey is in the line of fire. He knows he made a mistake getting all riled up and vocal about the whole Ronnie nonsense. He knows better than anyone else perhaps that when you cause a big dramatic scene you are now public enemy #1. It happened with Braden and it happened with Laura. Look where they are now.

Oh last night in the chats we spoke with a young man claiming to be Casey's son. His screen name is Cruz_Money and I'm told he's the real deal. He's a little worried about his dad this week, but seems to be taking it in good stride. It's so weird to me that the fans get more emotionally involved and evil towards others than the actual family members of the HG's. The 2 I've encountered, Michelle and Cruz_Money, are super chill and laid back. The fans, on the other hand, want everyone's head on a spike when they don't get their way. So weird.

Chima, wild and psychotic, is still fretting over that mystery vote. She sat in her psych ward Pocahantas get-up last night ready to pounce on anyone who looked the teeniest tiniest bit guilty. In the middle of a conversation about pop culture, Chima ended up outting a CBS actor. It happened during the Showtime show and believe you me CBS is going to get some phone calls today about it. Chima said that Shemar Moore was bisexual. I didn't know who he was so I googled him and got an actor from the show Criminal Minds (a CBS show). Apparently, this Shemar Moore was involved in a bit of a gay scandal and something to do with nude pictures. In a comment to People Magazine about his photos he said, "Look, I had no problems ... What I have a problem with is their making such an issue out of me being gay. I'll say it right now: I'm not gay. Not even a little bit. I love women. Women are god's greatest creation." Chima could have simply read something about this gay scandal he was in and jumped to conclusions. I'm not sure. Outing people is a touchy thing and it's unfortunate that it made the Showtime broadcast.

After a lot of mindless chitchat, Jessie finally got his HOH room. It was about 1:30 am my time and that's unusually late for an HOH reveal. Typical to true Jessie form, one of his pictures was of himself measuring his own bicep. His douchiness knows no bounds. I only pray Joel McHale on The Soup (E!) does another piece about it on tonight's episode. He ripped Jessie a new one last season when Jessie's HOH room was filled with pictures of himself posing all muscle-y. Jessie got some protein powder and a weird letter from his mom where she kept calling him "son". A childhood photo was also in the room and it's almost scary how right on my Jessie backstory was. He was a scrawny little pipsqueak of a kid.

Please to enjoy: (something seems to be wonky with clipser... working on fixing the clip)

As of right now, it's looking like Michele and Casey will be nominated. Natalie has made a pitch for Jessie not to nominate Jordan. She thinks that she and Jessie should team up with Jeff and Jordan and make a powerful foursome. Totally out of left field if you ask me. I don't think Jessie will take the bait. He has other alliances that precede is alliance with Natalie. If Natalie left the house in the near future it's really not an issue for Jessie. He's planning on dropping her soon anyways.

The night came to a close with Lydia frantically cleaning the house. Jeff is trying to make some ripples with the Natalie/Jessie/Lydia love triangle thing. I think he planted some seeds in Lydia's head about Natalie sleeping in the HOH with Jessie. Lydia's immediate reaction was to run for the Soft Scrub and scrub that house clean. How long until Lydia completely turns against Natalie and throws her under the bus? Only time will tell.