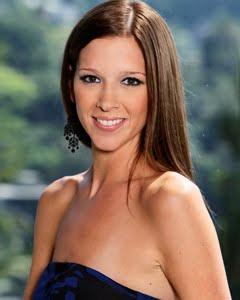 Far far away in a land where the days are 26 hours long, where Kool Aid is considered a food group, and where the insects buzzing in the trees deliver a sweet sweet symphony the world gave birth to a gaggle of Douche Bags. One was named Jon Gosselin, another was named Spencer Pratt, and two more were named Hayden Moss and Brendon Villegas. Jon and Spencer found a mentor named Ed Hardy to provide them with sustenance, bravado, and duckets to make their way onto the Hollywood scene. Hayden and Brendon weren't as fortunate. Their claim to fame would take a little longer. It required, focus, patience, one bad decision after another, and, most importantly, $2 haircuts by a crotchety old blind man. As we all know Hayden and Brendon persevered, delivered boneheaded sound bytes, tanned a lot, and got themselves all the way to the CBS backlot or what we like to call "Big Brother". They seemed semi-normal the first week. I mean, from what I could tell they weren't too horrifying or anything. And then... and then... there was last night's Big Brother episode on CBS. Holy rhinestones cowboy! We must discuss. Let's recap, shall we? 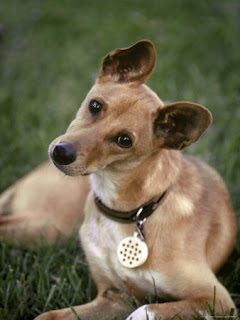 Hayden won HOH and we are all semi-ok with it because Badda-bing was in control and those penis swingers sure can cut up and tell a joke. Then the nominations came and, like a dog responding to the word "treat", we cocked our heads to the side and said, "Huh?". Why Brendon and Rachel? Quickly we realized that these two were an alliance. Worse still, a love alliance. We accepted the nominations, kept a side eye on Britney just in case she burst into flames or something, and waited patiently for the day Brendon would go home. Like most Douche Bags, Brendon unfortunately insisted on sticking around. Hayden, in a classic Douche Bag move chose to listen to the ramblings of a mafioso and decided to nominate Annie as Brendon's replacement because she committed the heinous crime of trying to make friends.

So, last night I'm watching the CBS show and several "what the fuck?!" moments smacked me across the face. First, Enzo was HOH not Hayden. Secondly, Badda-bing's very wise and very simple master plan was to SEPARATE Brendon and Rachel. Thirdly, Brendon is a complete tool who must be disposed of. Lastly, Rachel needs to have her vocal chords severed as soon as possible. When Hayden/Enzo nominated Annie, the masses (you idiots) were pleased as most of you really despised Annie. I kind of remained leery wondering if maybe she could bring me some drama somewhere down the road. This morning, however, I have never been more sure that, by all means necessary, RACHEL must be removed from the BB house.

Rachel is nice and I still think she has good intentions, but, my god, can that girl talk and giggle and even put a Cullen to sleep if she wanted to. Yes, Rachel is so boring that she can put nonsleeping Vampires into a deep REM cycle. If I have to hear her go "hee hee hee" and cock her head to the side one more time, I will sacrifice a baby. I'll do it. Don't push me. I'm that far to the edge. "Look at my boobs... hee hee hee.", "I think science is the best... hee hee hee", " I'm like a really nice person... hee hee hee.", "I don't want anyone to go home.... hee hee hee." *plucks off fingernails one by one* Allow me to clarify that Rachel is not nearly half as bad as Ass Licker. Ass Licker was in a category all her own. Rachel is just simply annoying and when she gets together all whispery with Brendon she doubles the annoying like she's a fucking double mint twin or something.

One more thing about the CBS show, Rachel most certainly made a stink face when she pulled Monet's ball out of the bag. Does evil lurk deep within her? Could it be that Annie is right and Rachel is trying to make her look bad? I wouldn't doubt it.

AND... did you see BBAD last night? Oh my god in heaven... raise your hands if you were screaming that the feeds get off Brendon and Rachel. *surveys the room* Just like I thought, every hand raised.

But I'm jumping ahead here. There are some random loose ends to tie up from the day's events before I can go ahead and puke out a BBAD recap. 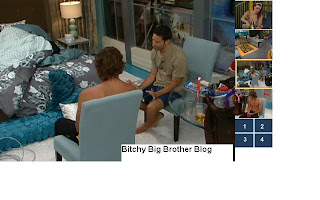 First things first, Mr. Salvatore has struck again! Mr. S. came on the screen with a message specifically for Hayden. He said something along the lines of "You suck douchebag. I managed to escape eviction this week." OK so maybe I made up that douchebag part. Nonetheless, I'm thinking Mr. Salvatore just announced himself as NOT being Rachel or Annie and if you're overanalyzing the word "escape" (like Jewy Jewboy did) Mr. S could have just outed himself as Brendon. Personally, I think he was just saying he's not any of the nominees. The "escape" part was probably put there to fuck with everyone. I still think Mr. Salvatore is Kristen. At least I hope it is because yesterday I got, "Mr. Salvatore is Kristen" tattooed across my forehead. 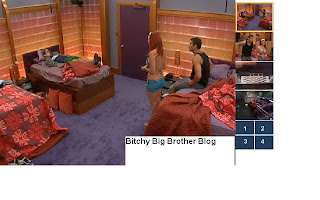 Ragan goes on to advise Rachel that it might not be the best idea for her to separate herself from the house so much. She should get to know all the HG's and appear to be interested. Rachel arches her back and sighs, "Do I have to mingle right now? Everyone is sleeping." Brendon grunts, adjusts his sunglasses, and says, "Well you know I'm not the Saba-tore because of my obvious size." Size? What are you, Big Foot? Do you reside in the Matterhorn? Do a tribe of Pygmies live in your shadow? What the hell are you talking about Brendon? The size of your ego? If that's the case, then, yes, it's huge.

Rachel continues by saying that she's none too pleased that Mr. Salvatore is messing with Thursday's eviction. She can't understand why in the world Big Brother would want her voted out. Well, Rachel, allow me to fill you in. You're BORING. You tell asinine stories about your hair and your legs. You talk too much about how big your boobs are. You spend all your time hanging out with Bohunk Brendon and you do that annoying, "hee hee hee" thing any chance you get. I used to like you, but now you've driven me to whack myself over the head with wrenches, flower pots, and garden gnomes everytime you open your fucking trap. *pause* So ummm, yeah, maybe that's why Big Brother wants you out of this game.

I've wanted Annie to stay in the game since I find out she was nominated. Sure, she's incessant and a little phony, but I'll take her over Rachel any day. When BBAD started last night, I'm pretty sure I can safely say I'm not alone in wishing scurvy on both Brendon and Rachel. This morning I'm sitting here watching the last hour I missed and, let me tell you, I'm am 100%, without a doubt, positive that Brendon is milking this showmance purely for ratings and attention. The way he talks to Rachel lacks sincerity. He's more concerned with how his pecs look and he's delivering lines as if he read a book entitled, "How To Score With Babes." He's a tool. She's a tool. I hate them both! 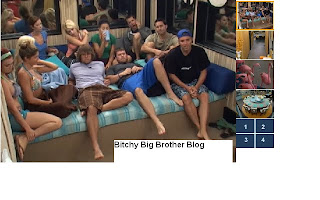 Let's see... Hayden got his HOH camera yesterday and all the assholes posed for photos. It would have been fine and dandy, but Rachel wouldn't shut up about what Hayden put in his HOH blog. "Did you talk about POV? Did you say hi to people? Did you tell them about the house? Did you let them know what we talk about? Did you mention your family? Did you thank the Helmet Association of America?" I think she was trying to make conversation or something, but my inner monologue was literally, "shutupshutupshutupshutupshutup". She's exhausting.

Then there's Annie - sweet, misguided, loquacious, misunderstood Annie. She's working overtime to get those votes. She even spent some quality time with Queen of Darkness Britney last night. They discussed who Mr. Salvatore could be and began to work their way through Brendon's make believe stories. Clearly, Britney is trying to get Annie to fess up about Brendon's big bad science secret.

Dear Big Brother, Please never ever ever cast anyone having anything to do with science ever again on this show? You should have learned your lesson with Ass Licker! Love, Lala

OK so today is the big eviction which means that the feeds won't get interesting until AFTER the live show. During the day, expect lots of bubbles - which I've promptly named Michael Bubles. Michael Buble will be everywhere today. There's blocking, instructing, rehearsals, cleaning, etc to deal with in the BB house so let's not hear any bitching about "I paid for the feeds. Why am I seeing Michael Buble all the time? Wahhh wahh wahhh."

So, who do you bitches think will go home? Who would you like to be the new HOH? Remember, we find out who Mr. Salvatore is tonight. I can't wait! I'm so sure I'm right. Otherwise I'll be scrubbing my forehead for weeks. Comment it out bitches and have a great day!
Super special out to all the bitches in the blogtalk chat room. You scare me and I'm filing a restraining order. Love ya!
Posted by Colette Lala at 9:14 AM