Hell hath no fury like a woman scorned and America hath no rat like a dork defeated. We have a no-love lovers quarrel, a pathetic plea for help, and an uncontrollable ragamuffin. These bitches never stop gossiping, never stop fretting, never stop whispering. You step away from your computer for 5 minutes and you may return to find a new alliance, a new romance, or new enemies. This cast definitely knows how to keep things interesting and me on my toes. It's very annoying. I never have any time anymore to create my intuitively accurate and inspiring stories much like the one I'm about to invent right now...

Lydia was a tall gangly child. Shy and insecure she often fidgeted on her long doe-like legs. Her parents, bohemian free lovers, loved her unconditionally and were determined to expose her to a myriad of peace loving patchouli stinking experiences. With birkenstocks on her delicate yet large feet, Lydia and her family followed the Grateful Dead every summer selling their tie dye wares and beaded jewelry in places like Lolita, TX and Grasshopper Junction AZ. Actually, Lydia sold the arts and crafts they produced. Her parents sold something called Blue Heaven that came on tiny little pieces of paper. Lydia was scared of the Blue Heaven. Her parents would never let her touch it and their friends always got naked and danced around a bonfire after they ate it. Lydia hated it when they danced. She'd turn beet red when she saw the men and women, hairy and wild, dancing and reaching up to the sky as if in a trance every night.

Whenever her parents and their friends got silly and touchy feely Lydia would retreat to the back of their VW van to play with her imaginary friends. She'd talk to them in a high baby voice and gesture wildly while sharing her deepest darkest secrets with Mr. Farnsworth and Lady Fromaline. Occasionally, a lost hippy or two would stumble back to the van where Lydia hid. All smiley and swaying, they'd begin to paint each other with day glo body paint. Peace symbols and happy faces would adorn their bodies and Lydia would watch them touch and caress each other while she hid under the woven blankets in the back of the van. Her giant brown eyes would grow even giant-er as the decorated long haired lovers would connect and gasp in ecstacy. She wondered what it would be like to have a hot pink happy face drawn on her back while a man touched her tiny breasts and made her squeal in pleasure. She, too, wanted to be an uninhibited and wild lovemaker...

Speaking of love, Russell ain't got none for Chima. During the POV, it appears as if an extra or two was employed. One was a hot girl whom Russell couldn't help but take a liking too. He told some HG's that he thought the girl was a 9 1/2. Natalie, dirty and strange with tangled hair, ran to Chima and told her how Russell wanted to give Ms. 9 1/2 his love muscle. Chima went into a mad maniacal rage cursing all things Russell all day long. Jessie, sensing the danger of Chima losing her shit over Russell, blamed the gossip faux pas on Kevin. He told Russell that Kevin was to blame for Chima's tantrum. Russell gets furious and starts muttering, "I should have just put Chima on the block and sent her home." He launches into a misogynistic tirade that really turned me off. He says that it's no wonder women rarely win Big Brother. They get too fucking emotional. This coming from the man with some serious anger management issues.

Russell's shitty day was only beginning. Jessie and Natalie, realizing that Ronnie is definitely going home and that Michele had turned on them, concoct a plan to lie to Russell. They want Russell to turn his anger on Michele and not be able to trust her. They tell him that Michele came to them saying, "What if Ronnie didn't go home this week?" Jessie makes up some convoluted story about Michele wanting the vote to be 6-3 rather than 5-3. To be quite honest, I have no idea what the hell Jessie was talking about. He's the WORST liar and the worst storyteller and my attention was more focussed on Russell's face and the anger boiling up inside of him. 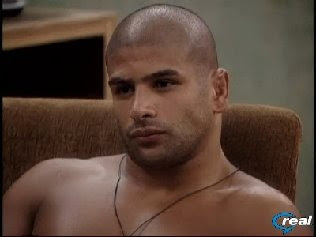 (That was for you charliesyaya)

Even though I have no idea what Jessie and Natalie's plan really was, I have to commend them for thinking outside of the box. I'm all about creative game play - even if it's from a Manbeast and a Ragamuffin. They planted seeds of doubt in Russell concerning Michele making him extra paranoid and scared that she might actually use the POV. This coupled with Chima's jealous rage and Ronnie's desperation made Russell turn into Jason Bourne again creeping around the house spying on conversations. 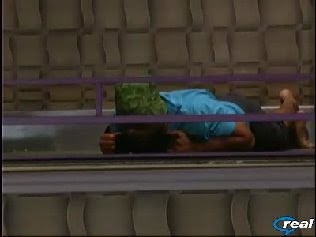 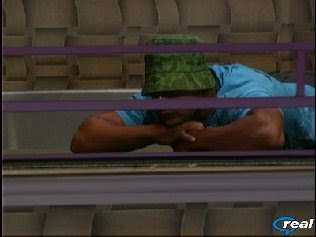 So Ronnie and Chima have become buddy buddy in their hatred for Russell. Chima is insanely jealous and ticked off that Russell wants nothing to do with her and Ronnie is furious that Russell will be sending him home. He keeps turning to the camera begging America to give him the Wizard Power. The more he does it, the more we all groan. He wonders what kind of edit he's getting. He thinks America must like his scheming and underdog qualities. Little does he know a lynch mob might be waiting for him outside of CBS studios on Thursday. 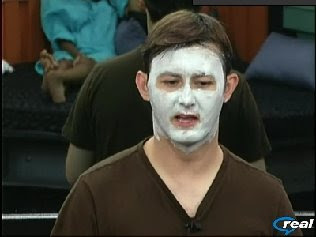 Jeff and Jordan, on the other hand, can't even imagine having fans. Jeff says, "What the hell would they be a fan of? My ability to do shit all day and lay out?" Actually, Jeffy Pooh, that's exactly what your fans love. Your dreamy body stretching your tank tops tight across your toned chest and your quirky newscap angled just so over your long lashed hazel eyes... alright enough. If I type anymore a mass of uncontrollable orgasms will take place and knock the earth of it's axis and where will that leave us?

The rest of the day was spent with Jessie and Natalie trying to avert disaster with Chima. She was bitching and moaning all day about Russell that live feeders were positive they'd get a massive Chima/Russell fight last night. Manbeast and Ragamuffin told Chima to shut the hell up because the more she bitches the more they get a target on their back. Ronnie is a lost cause now. He's going home, but Chima still has at least another week in the house so she needs to drop it already and stop making waves.

Michele has a heart to heart with Chima which FURTHER upsets Russell. This day has been doing nothing but going wrong for him. He was on top of the world 2 nights ago. He had a new alliance. He was happy. He'd made some solid new friends only to have it all turn to shit because of a jealous wild weaved woman and an ass licker who's confusing his instincts. Jessie and Natalie already planted a seed of doubt in Russell over Michele, but now that Michele and Chima were actually bonding... well clear the deck! Anger Boy could soon explode.

This new alliance of four (Russell, Jeff, Jordan, Michele) is anything but strong. They all doubt each other. They all question each other. Russell can't control his damn mood swings and Jordan won't shut her trap. Jeff even had to yell at Jordan yesterday and tell her to stop talking about things in the past (Casey) and rocking the boat. He wants her to lay low and stop talking to Lydia and Jessie. He really scolded her and I thought she might cry, but she just looked up at him with her giant blue eyes in a little daze. I honestly don't think she heard a word he said because immediately after Jeff reprimands she begins gossiping to Michele. I wonder what she's thinking about. Probably lollipops and starry skies, snowflakes and apple pies, horsies and fireflies... who knows what goes on in that empty head of hers? 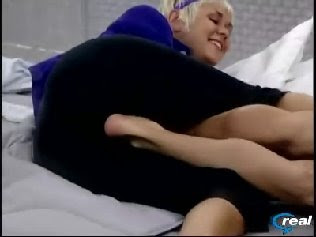 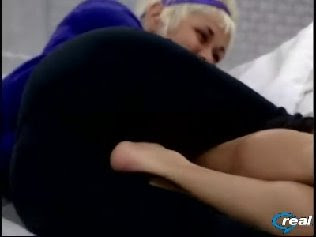 Before I end this, I'd like to send out a big thank you to Brooke over at http://getchanailsdid.blogspot.com/. She wrote a very nice review of my blog and I'm extremely appreciative. Anyone interested in all things mani/pedi should give her a visit and show their support. Thanks Brooke!
And to the person who posted my link over at that tvclub website, thank you. I think you were trying to insult me, but instead you sent hundreds of new readers my way. Bless your heart.
The blog might be up a little later than usual tomorrow. I'm off on another one of my jaunts. Don't worry though, the blog will continue to be updated daily with all the snarky bitchy crap I continue to delight you with. Thank you everyone for coming back each and every day and spreading the word. Oh and if certain evicted HG's are reading this, just remember that everything I write comes from a place of love... kind of.