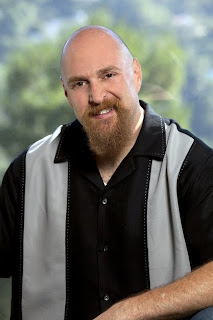 Our first Houseguest is Adam Poch. Adam is 39 and hails from Hoboken, New Jersey. He says he's a music inventory manager, but I think we all know that really means he stocks the CD's at Walmart. Husky voice, burly frame, Adam isn't your typical Houseguest. First, I swear he farted in the middle of one of his interviews. And second, he calls himself "the heavy metal teddy bear". Giving yourself a nickname is right up there with having your name etched on a bowling ball. You just don't do it.

Adam's the guy you see at the local bar pounding beers and shouting, "Put on some Skynyrd!". He's the goofy one who shoves 18 chicken wings in his mouth just to get a laugh. But if he gets drunk enough, he also might break your face if you look at his woman wrong. Car shows are a weekend pastime and Pay Per View wrestling is always a reason to throw a party.

After a quick glance at the rest of the Houseguests, I think Adam will have a tough time fitting in. He's a little older, a little rough around the edges, a little shifty in the eyes. An innocent look at a young hottie in a bikini, if caught, will get him labeled as "The Perv". A giant sense of humor would serve him well. Too bad I'm not seeing any hints of one. 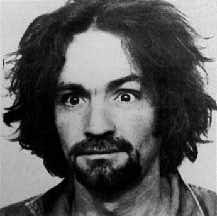 Although, the more I watch his interview, the more I think that maybe he really is a softy. Maybe he'll be a father figure after all. Maybe he'll be the one whose shoulder you can cry on. But hold on there cowpokes. Mr. Adam is angry with BB12 Matt for lying about his wife's disease because now he can't use his own dead parents to win some sympathy. LOL Yup, you sure are a teddy bear Adam - a teddy bear with Manson eyes, acid for saliva and razor blades for fur. I didn't realize dead parents were a strategy now. That's a little creepy, no?

Eh. I don't think I like him. Annoying voices and accents (unless hot and British) really grate on my nerves. Listening to him talk, all I keep thinking is, "Clear your throat! Stop smoking! Shut up!". I'm looking for big confident entertaining personalities this time around and I'm just not seeing it here. In fact, I'm incredibly bored and I really wish he'd hurry up so I can move on.

And tell me this isn't the most boring video you've ever seen:

Maybe he'll prove me wrong. *shrugs shoulders* Who knows? What do you guys think of Adam? Yay or nay? Will he last long in the house? Comment it out bitches and if you haven't ordered the Live Feeds, get on it. Happy Hour should be chock full o' fun today. Don't miss out!