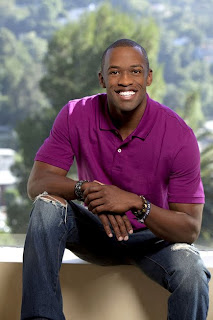 Keith is a 32 year old Human Resources Manager from Bolingbrook, Illinois and he is going to get on my every last nerve. He's a bit of a stammerer and it's kind of unnerving to listen to. "I'm a uh uh uh H.R. professional and umm uh uh I can I can I can I can read people very well and a homina homina homina Evel Dick." Meka leka hi, meka hiney ho. 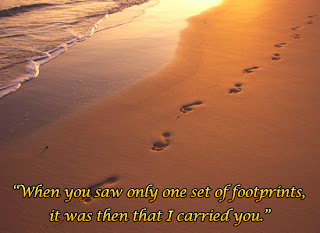 As a religious man (Oh Christ!), Keith has no intentions of calling people out or talking badly about his fellow Houseguests. He won't be saying words like "shitdick", "cuntrag" or "festerpussy". His Christianity guides him and there's definitely a line drawn in the sand (probably the same sand with those silly footprints in it), but he'll still play the game and backstab. He'll just do it in a "different kind of way". How else do you backstab? Knife. Back. Stab. Hmmm, I'll go down to my laboratory and try to figure out a new way to backstab. I'll get back to you later with the results.

Absolutely nothing (other than a tasty piece of white ass) will ever make Keith stray from his religion. Both Ollie and Jameeka were weak. Weak! They gave into the devil and started cursing when put into high pressure situations. Keith isn't like that. Instead he'll just dip his dong into the closest blue-eyed blonde he can find. At least it's not cursing!

Keith isn't only about religion. Oh no sonny jim. Keith has his entire stay in the house all mapped out already. When he's not rubbing his skin against a luscious white girl, he'll be winning competitions, assembling alliances and making his select group of ladies ("Keith's Angels") do all the work for him. He'll have a harem of three who will work the rooms of the Big Brother house at night and then bring all the info they've acquired to Keith the next day. Now, I'm not a genius or anything, but that sounds a lot like what a pimp does. I just hope he does it while wearing platform shoes, bell bottoms and a large brimmed hat with a feather sticking out the top. If your strategy is to keep your pimp hand strong, you might as well go all out. Why the hell not?

Let's drink some Courvoisier and check out his CBS video, shall we?

So, what do we think of the religious fornicator? Personally, I'm not the least bit impressed. I'd like him out sooner than later. Comment it out and let me know your thoughts.