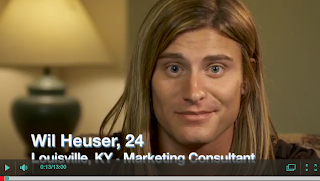 Today we meet 24 year old Wil Heuser from Louisville, KY. Wil is a Freelance Marketing Consultant who describes himself as loud, unique, and brash. He's not looking forward to sharing his personal space with other people, but he'll try to adapt and do the best he can. Until he learns to share, he'll make a chalk outline around his bed marking his space and their space. If you step into his space, the hot lava monster will get you and you're outta the game. 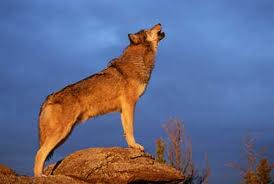 Wil's grand master flash plan is to go into the house playing the "nice guy". Once he's hypnotized everyone into thinking he's a delicate fairy sprite, then, and only then, will he cut their throats and drink their blood for breakfast. He'll slice them nose to nuts and bathe in their innards. He'll gnaw on gristle and howl at the full moon. And then he'll lick his own balls and want his tummy rubbed.

As far as past Houseguests go, Wil doesn't care for Evel Dick and sort of liked watching Rachel. Let's look at it this way, at least he didn't say Jeff or Jordan. At least he didn't say that! He won't leave home without his flat iron and has traveled the world many times over. Fame won't change who he is, but if the press bulbs flash his way, he'll take that opportunity to shed light on causes close to his heart.

Keeping in line with what we've heard many times before, Wil is scared of snakes. And bananas. Bananas. Because you never know when a banana will grab you in it's death grip and paralyze you with its venom.

If you haven't checked out Wil's YouTube PAGE yet, I suggest you take a gander or you might miss gems such as this:

Up until now I've only seen Wil in character form, but I'll tell you straight up that I'm really looking forward to checking out this interview video. I got the following text from a Survivor alum the other day - I actually sort of know Wil. You are going to LOVE him. He's the strangest person I've ever met - and I don't know about you, but that sounds promising!

Let's check it out together. Please to enjoy:

If there's one rule that I live by, it's that nipple shirts never go out of style. And since I can see his legs, I can only assume he's wearing hot pants. Gorge! Wil is quickly flouncing into my heart much like a fluffy petticoat on an easy Sunday morning. Flounce. Trounce. Bounce. Pounce.

Hearing him say, "Then I'm gonna stab some bitches!" tinkles the wind chimes of my heart. Followed by golden nuggets like, "Just because you wear sparkles doesn't mean you know jack shit about fashion." Is anyone else thinking that a dream team of Jenn, JoJo and Wil would be AWESOME? Our very own merry band of thieves. They'll be everything the Bro-gade wasn't. Namely... intelligent, witty, likable, charming, charismatic, etc.

I'm not expecting any over the top villain moves from Wil, but I like him as a person and he entertains me. That's all I ever want - to be entertained!

What do you guys think? Is Wil tickling your nether regions?