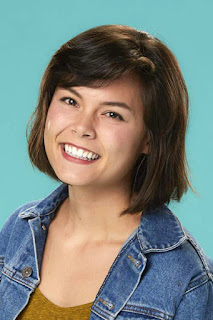 Meet 24 year old California native and Traveling Nurse, Bridgette Dunning. There's not much to say about Bridgette because she was either in a hurry when filling out her CBS.com bio or homegirl wasn't able to think of anything interesting to say. She likes to do yoga, run, read sci-fi books, and go to comedy shows. The three words she uses to describe herself are: optimistic, energetic, and awesome. What a nightmare. And her life motto is "follow your heart." *yawn* I'm already bored. 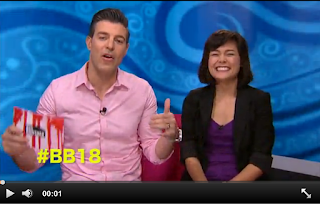 Let's see if perhaps we can gather more information on Bridgette from her interview. First off, Bridgette smiles a lot. A lot, a lot, a lot. She describes herself as a big fan of Big Brother and thinks it's "ca-razy" that she's sitting in the Diary Room being interviewed by an enormous doofus. With only a few sentences out of her mouth, I'm getting plain, humdrum, normal, and the most horrific of words... NICE. She's perfectly nice and that, my friends, is perfectly boring. 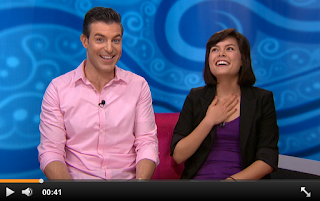 Bridgette leaves behind a boyfriend and a cat named Hercules. Being a Traveling Nurse, Bridgette is able to adapt to new environments quickly and oh my god I'm so bored right now. As if sensing the demise of my soul, Bridgette decides to finish me off by saying, "I'm a really bad liar. Tee hee hee." Naturally, Bridgette doesn't like bullies or when people pick on others fucking hell I want to die. She also thinks condescending people are icky. One thing she can't imagine happening is that America will hate her. I HATE YOU. I hate you with a burning fiery passion that begins in the pit of my stomach and radiates to all of my nether regions.

I'm sure she's swell in real life and that's fine, but that does nothing for my summer. Next!