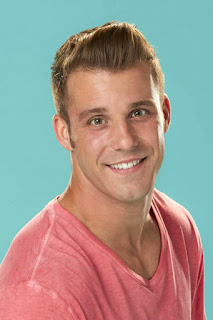 Here we go, the big Stunt Cast. This is 27 year old DJ Paulie Calafiore from New Jersey. If something strikes you as familiar about Paulie, it is because he has a brother who threw away $500,000 called Cody. There are two things Paulie loves: martial arts and musical instruments. His favorite martial art is Krav Maga and his favorite musical instrument to play is the guitar. Paulie describes himself as "passionate, driven, and quick-witted" and his life's motto is, "A comfort zone is a comfortable place, but nothing ever grows there." 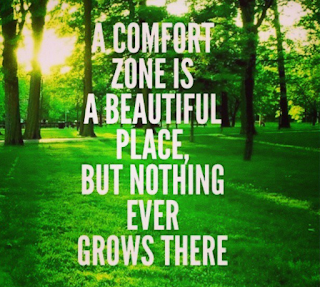 I was going to compliment Paulie on his not so run of the mill life motto until I discovered that it's actually one of those silly quotes people post on their Instagram accounts. There are literally dozens of variations of the photo above. Oh Paulie. 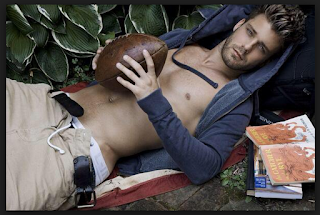 Then again, I also found this. Oh Paulie! That can't be the same goofy guy in the official Big Brother picture, can it? Ladies and gentlemen, the miracle of Photoshop. Alright, enough picking on the Stunt Cast, let's find out what this Paulie character is about. 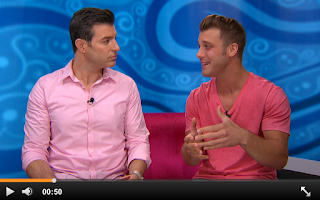 Personally, I didn't care for Cody. I found him to be a boring follower and that was way before he made the dumbest decision in Big Brother history and gave away $500,000. Anyhow, here's Paulie. He's very much like his brother in the way that he speaks except he likes to emphasize important talking points quite emphatically with his hands. Nothing wrong with that. I do it too. Obviously, Paulie has a big decision ahead of him - does he tell his fellow HG's that he is Cody's brother or does he keep quiet? Paulie plans on feeling out the environment first BUT he also happens to have the exact same tattoo as his brother and it says "Calafiore." He thinks a big fan in the house would notice it, but I wonder. I've been watching Big Brother for 200 years and I'm not sure I'd honestly make the connection, but who knows. I'm kind of a dumb ass. Now, I know some people HATE Stunt Casting, but I am not one of those people (unless it has something to do with a legitimate famous person and the HG is a negligible relative). I will enjoy wondering if Paulie will reveal his secret or if someone else figures it out before he gets to spill. I loved the whole Twins Twist last year too. It was fun! 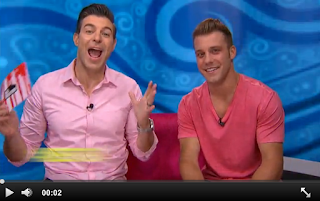 When the conversation turns to strategy, Paulie wants to play the exact same social game that Cody played because he thinks Cody had the best social game in Big Brother history. I instantly wanted to poo-poo that and laugh at how moronic it sounded, but when I stop to think about it, he's kind of right. Cody was an untalented, not too bright, douchy follower and, you know what? It got him to the end. Then he gave away a half a million dollars. And just like his brother, Paulie is more comfortable leaving any crucial decision making to another HG who's not such a pussy. I hate that. The cautious game doesn't appeal to me because it's not entertaining and what's my life motto? ENTERTAIN ME. 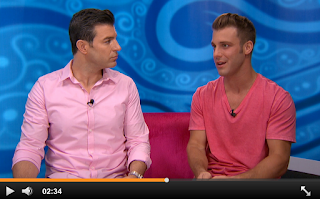 Overall, he seems nice enough I guess, but Paulie is kind of a bore. He's too willing to play the Pussy Game and I don't mean that in a Leonardo Dicaprio kind of a way. Plus, the guy rambles about literally nothing. He talks in circles and never reaches his destination. It must be in the Calafiore gene pool. I definitely don't want to see the other HG's being awestruck by this guy and following him around like a puppy dog back like we saw in that wretched Coaches season. That was brutal.