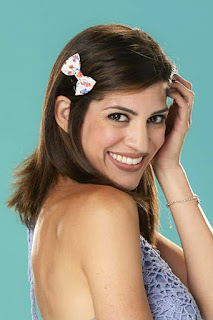 Next up is 26 year old student Bronte D'Acquisto. Bronte hails from Colorado, but currently resides in San Diego, CA. Bronte likes to do a variety of things like run, solve math problems, stretch, and buy hair accessories at the mall. I shit you not. She actually put that down on her CBS.com bio. Wow! We've got a live one here. 26 years old and she's doing her hair like JoJo from Dance Moms. 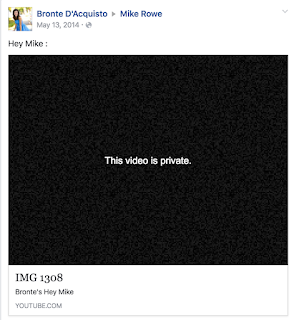 A quick internet search of Bronte revealed something quite interesting. She once sent a private video to Mike Rowe on Facebook. What could this possibly mean? Does she know Mike? Is she simply a fan? Does she sometimes gather roadkill in order to make taxidermy masterpieces? I don't know, but I really hope it's the latter. 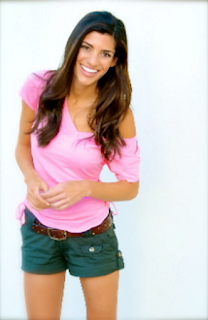 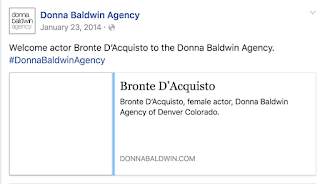 Other than a really old profile on Model Mayhem with not much in the way of photos or friends, Bronte's online presence is scant compared to that of bearded Paul. It appears as if she had an agent back in Colorado before she set her sights on the bright lights of Hollywood. I think it's safe to say she was cast as a recruit. 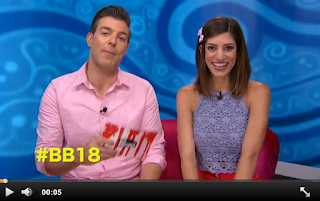 And now I begrudgingly turn to the Jerf interview in hopes of gathering more information.

OH. MY. GOD. The only way to describe Bronte's speaking voice is to say helium induced old lady hesitancy with a twist of cartoon mouse. She likes to rub her hands together a lot while gazing at the world around her with awestruck surprise. She is a trembling wide-eyed ball of insanity. Even Jerf can't hide his WTF expressions. 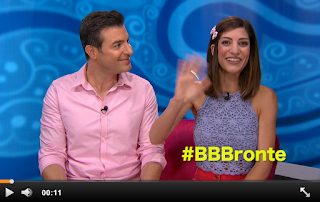 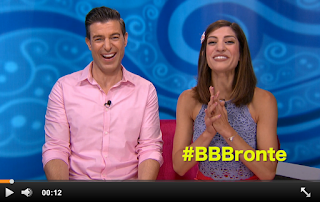 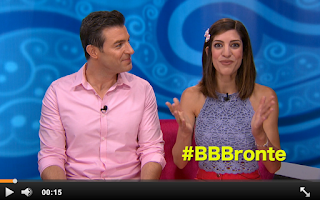 After frantically waving to the camera to squeal "hiiiiiiii," Bronte tells us that she wants to be a Mathematician because that's her dream. But, what about the acting and the modeling and the... oh wait, never mind. I just imagined Bronte walking into a casting call and reading for a role. Yes Bronte, go with Mathematician. Those are a quiet, thinking lot. 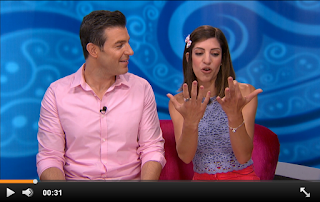 Jerf, like the rest of us, is stunned to hear about Bronte's math dreams so he asks, "What's 9 times 9?" Bronte looks him dead in the eye and replies, "9 times 9? 89! I'm really bad at math in my head." Whaaaaaat? She wants to be a Mathematician, but she's really bad at math. Oh yeah, we're going to have fun with her. Flummoxed, Jerf cries, "But you're a Mathematician!" Bronte quickly replies, "I can do it on my fingers." She can do it on her fingers!

"Bronte, would you kindly explain Fubini's Theorem for integrable functions?"
"Hold on, let me get my fingers!"
She then breaks all of her digits into 18 parts trying to make the pretty squiggly symbols in the equation.

In regards to Big Brother, Math Wizard Bronte has seen season 16 and half of season 17. Yup! Recruit. Bronte is single and is either trying to get a piece of apple unstuck from her molar or is eating the inside of her face. She does an odd thing with her mouth like when Madonna was sucking on a lozenge and talking at the same time in Truth Or Dare. Anyhow, Bronte espouses the benefits of love in one's life while at the same time saying that showmances are bad for one's game. But in the end, all Bronte really wants out of life is money. She isn't driven by boys or fame. All she wants is money.

Bronte is batshit crazy and because of that I have high hopes for her bringing drama into the house. As long as she doesn't shrink into the corner and get swallowed up by the more outgoing personalities or get intimidated by the bright lights, she might be a troublemaker. She's so money hungry and focused on her goal that there's a chance homegirl could slice some throats. Fingers crossed!

You NEED to see this interview. Seriously, it's mind blowing.