Natalie: Single As A Pringle 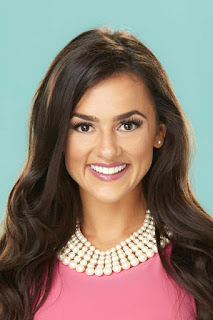 Next up is 26 year old Event Coordinator Natalie Negrotti from Caracas, Venezuela. Natalie describes herself as altruistic, athletic, and beautiful. Some of her many many many hobbies include painting, cooking, baking, eating, napping, online shopping, doing hair, painting her nails, tanning, dancing, going on dates, playing with puppies, pageants, decorating, having tea, watching puppy videos, bargain shopping, etc. Bitch, we didn't ask for everything you've done over the past year. We just want to get a sense of who you are and "napping" doesn't exactly do that. Jesus Christ! I like making breakfast in the morning then brushing my teeth and working out, checking my mail, replying to emails, putting on mascara, trying to find the right shoes for this outfit... Oh my god, shut up! 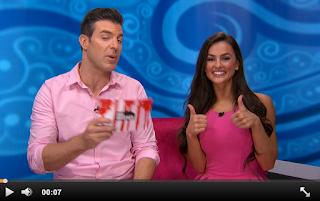 I'm almost scared to see what she's like in person, but nonetheless! "I love pink! Pink and glitter are my two favorite colors!" Pipe down chachi. Christ, she's annoying. So Natalie likes Big Brother (aside from the nonglitter walls) and used to watch it with her Aunt. I still feel like she's a recruit, but I think she's watched a little more than the other recruits. Anyhow, Natalie's strategy is to create an all girl allowance. That is not a typo. The unique part of Natalie's game plan is that her all girl allowance won't turn catty or mean. Her all girl alliance will be, and I quote, "a really nice one." Can someone please ram my face into the end of an ice pick? 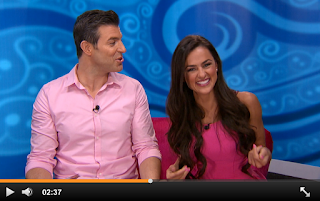 Natalie is not just single, my friends. She is SUPER single! She declares, "I am single as a Pringle!" I swear to god I'm not making any of this shit up. Well, she's got the mental fortitude of a Pringle, that's for sure. Here's something interesting, Jerf says that he always tries not to say "single, ready to mingle," but now he's going to say "single as a pringle." Correct me if I'm wrong, but hasn't he been with Jordan for like 7 years? And aren't they married? And expecting a baby? The words "single, ready to mingle" shouldn't have been anywhere in his vocabulary for more than 5 years. Unless... 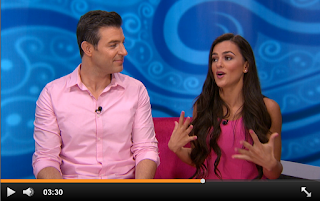 As for downfalls, Natalie declares that she has no patience. I'm with you on that, sister. She's also girly and energetic which might bug some people. Yup. On the plus side, she says she's physically fit and should do very well in the physical comps which could intimidate others.

Look, she's really annoying and unnecessarily whiny at times, but... but, but, but, a part of me wonders if it's just interview jitters. She's poised and she's very cute and I think maybe there's a part of me that wants her to turn out to be normal and not such a spaz. I get a sense that she's pretty together and probably not so sweet. Only because she said like 10 times that she's really sweet. Mmm nah. If you were really that sweet, you wouldn't keep announcing it to people. I want to stick Natalie on the back burner because I'm getting a vibe that she could be one of the stronger females in the house. I also think, out of anyone, she might be a good showmance candidate. I guess we'll have to wait and see!