Jozea: Must Be My Lucky Star 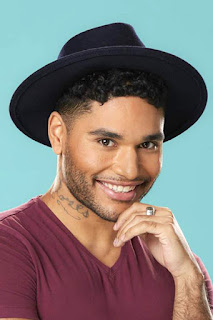 Next up is 25 year old Los Angeles Make-Up Artist Jozea Flores. Jozea was told to describe himself in three adjectives. Instead, he chose to say he is, "funny, outgoing, creative strategist, and a visual genius." A rule breaker from the get go. I like it! Jozea enjoys going to the gym, hiking, and doing yoga. Three things I love to do. This is getting better and better. For Jozea's life motto he says, "If you can trust the ground you live on and take all the risks in the world there is to take, you should have no problem achieving your goals." Now THAT'S a life motto! Good work Jozea. 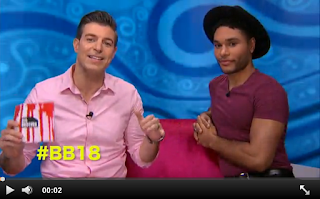 Jozea immediately looks us straight in the eye and introduces himself as a "Celebrity Make-Up Artist." He won't give up any celebrity names, but he definitely wants us to know he doesn't work the Clinique counter at Nordstrom's. Jozea has only watched the last few seasons of the show which means he's a recruit, but he's quite taken by the "amazing" (he says "amazing" a lot) opportunity to manipulate one's opponents. Jozea says he has a lot riding on this game so he plans on pulling out all the stops and playing super hard. I like it! 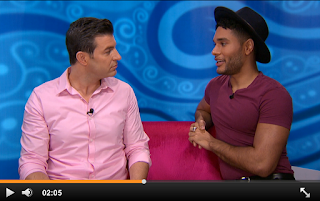 Dimples for days, Jozea is cute. I sense an edge in him. He has absolutely no idea what he's in for, but there's a fierce competitor inside him that gives zero fucks about anyone who gets in his way. Plus, he dresses like 'Lucky Star' Madonna. I say we keep an eye on Jozea. I'm predicting lots of talking behind people's backs, lying, and an unflappable ability to cut people loose when the need arises. Don't let me down Jozea!