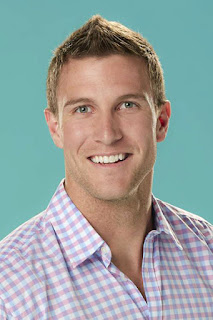 Next up is 25 year old Texas native, Corey Brooks. Corey is a Baseball Coach and lists "getting sick bro pics" as one of his hobbies. Come on! What are you people trying to do to me this morning? Yesterday, everyone was so promising. Today I've got this douche canoe telling me that his life motto is, "Life is like a box of chocolates. You never know what you're going to get!" Stop that right now! You are a horrible person for writing that down and knowing that it will be made public. Corey clearly doesn't have a creative bone in his body so let's just get this interview over with as quickly as possible. 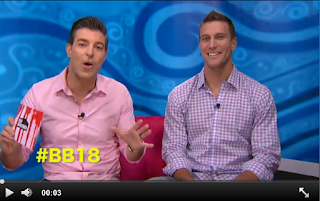 Corey. Talks. Like. This. He. Is. Like. Wallpaper. Flat. Matte. Wallpaper. With. No. Distinguishing. Patterns. When asked if he is a Big Brother fan, Corey replies, "Uh yeah. I've watched it off and on." Then no, you are not a fan and you are a recruit. Another winner from Robyn Kass, ladies and gentlemen. 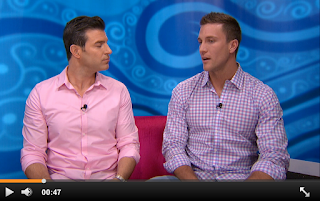 Corey is easy on the eyes and, yes, he's single, but he's just so blah. So so blah. I look at him and I think of a drab carpet. Or maybe a doorknob. Plain white rice also comes to mind. When asked what he'll miss about the outside world, Corey says his roommates. Then he goes on to talk about all 25 of them. Like we care! It's like when someone else tells you their dream from last night. You stare at them vacantly and think to yourself, "Shutupshutupshutupshutup." 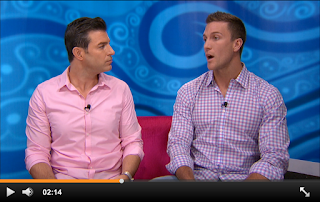 Corey thinks he'll be a physical threat in the house because he's a physical guy. He's competitive and, you know, physical, so yeah, that might be threatening. Somebody please shoot me in the head. As far as downfalls go, Corey says that he's probably too nice. Gah! There's that awful word again. I am telling you, if anyone ever describes you as "nice," it is code for boring as fuck.

Corey sucks. He is everything that this house does not need. He's awkward in front of the camera, he tells mind numbingly boring stories, and he has zero charisma. I don't know about you, but I'm totally cool with him going home first. So mote it be.