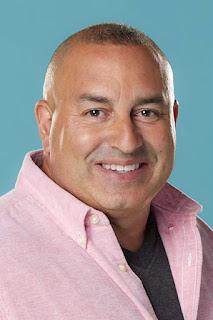 This is 50 year old Glenn Garcia from the Bronx, New York. I'm sorry, but what the hell is this guy doing in the house? I have no problem with casting older Houseguests as long as THERE ARE MORE THAN ONE. Sticking him in a house with a bunch of 20-somethings isn't exactly fair. There needs to be at least a 40-something female to give him someone to relate to. I feel like he's going in with a million strikes against him. Well, there's nothing I can do about it. This is Glenn and he's a former Police Detective turned Dog Groomer. Glenn's hobbies include deep sea fishing, traveling, and playing with his daughter. His motto in life is, "Life every day like it's your last because, one day, it will be." 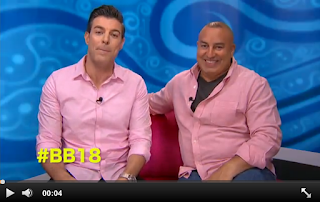 Glenn is jovial with a great laugh, sweet as can be, and has a killer New Yawk accent. Since one of my favorite documentaries of all time is The Seven Five I have a major soft spot for NY City cops. There's a "thing" a NY City cop that is unique to just them. It's an attitude. It's a swagger. It's that brotherly camaraderie thing that only a few occupations lend itself to. Here's more to love about Glenn - he says he'll do whatever he has to do to win the game. If he has to flirt, he'll flirt - even though he has a fiance back at home. 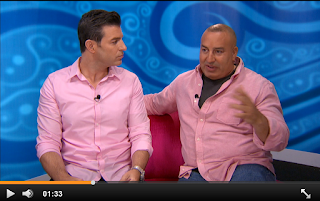 Glenn says his greatest asset is his versatility. He can blend in easily with all different types of age groups. That's good, but you're only going to have to blend into one and that's "early 20's." For his downfall, Glenn cites his mouth. Apparently Glenn has the tendency to "blow up" if someone gets under his skin. Thank god! There was a teeny tiny part of me that worried he'd be a useless bore like Derrick, but no way! He was a NY City cop. They're a different breed. He's not going to lurk in the corner quietly and think he's smarter than everyone else. He'll be a mover and a shaker. He's from the Bronx - he says this a lot - and being from the Bronx, there's no second place. Second place - even getting $50,000 - is a loser.

While I worry a bit about Glenn's social game and ability to relate to the others, I'm going to keep my fingers crossed for him. I think he's going to be fun to watch and, hopefully, he'll stick around long enough to bring us hours of entertainment. Good luck Glenn because you're gonna need it.