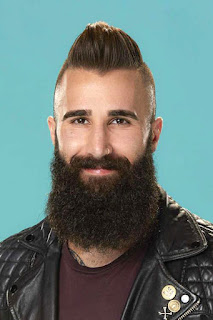 As John Wilmot, at the opening of The Libertine, once said, "Allow me to be frank at the commencement... Jerf Schroeder is a crime to the art of the interview and now I want to kill myself!" How am I expected to write a detailed account of our 12 brave new souls with questions like, "Do you think it's ok for vegetarians to wear a Davy Crockett hat?" In what universe does that reveal even the slightest insight into a person's character much less how they plan to approach the dark and seedy world of Big Brother? It is offensive to Big Brother fans across this great land of ours to be forced to listen to an intellectually deficient douche lord ask someone who is about to play the greatest human chess game ever created, "Y-E-S spells yes. E-Y-E-S spells what?" And so, with my head in my hands and my spirit crushed, I guess I am going to try to introduce you to your new cast. Who the hell knows. 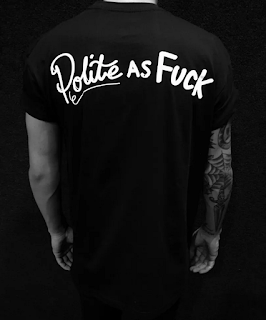 First up is 23 year old California native Paul Abrahamian. Paul is a clothing designer for the demure Laura Ashley adjacent brand called Deadskull. It's very "I don't want a real job so I'll put a lot of fuck words and skulls on t-shirts and call myself a fashion designer." Hey man, whatever does it for you. Actually, I'll take a "Polite As Fuck" in a Medium. I won't ever leave the house while wearing it, but I'm more than happy to show my support in the privacy of my own home. With only 30 products available at Deadkull - one of which is inexplicably a Drinking Horn - it seems to me that this is a fledgling brand determined to make its mark a la Kristen Doute. I can see it getting a surge of orders from the show and then slowly fading into obscurity. It was fun while it lasted though, wasn't it Paul Baby? 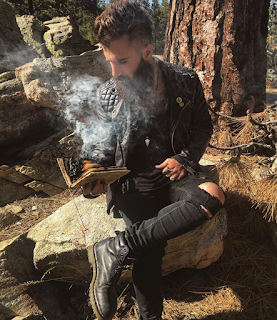 Paul, obviously, likes to partake in the odd jam session or mosh pit when he's not traveling, hiking, or communing with nature like Henry David Thoreau. Calling himself a "thrill seeker," Paul's life motto is, "To live my life in such a fulfilling way that when I'm on my deathbed, there's nothing left for me to experience." Good for you, Paul. Sound advice for us all.

Thus far I've managed to glean the above information with zero help from Interviewer Extraordinaire, Jerf. Unfortunately, here is where things are about to go downhill. 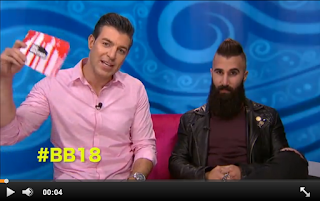 Hang on. I'm not done banging my head against the granite countertop. The Algonquin Round Table these interviews are not, but there you have it. That's Paul! And if that Davy Crockett hat question in my opening kept you on pins and needles, Paul doesn't think anyone should wear the hat. I don't know about you, but I am so much wiser knowing that. 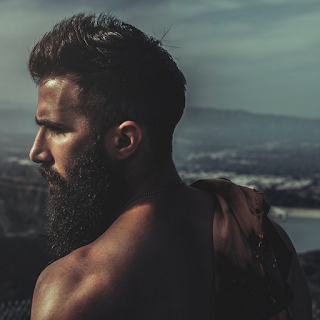 Personally, I don't have all that much of an opinion on Paul as of yet. He seems game for a laugh and of a generally happy and outgoing disposition, but then again his Instagram is filled with shirtless contemplative "look at my ink!" poses. Let's hope there's some piss and vinegar underneath that carefully crafted facade.

Have you still not signed up for the Live Feeds? Get on that! No more lollygagging.