This is 33 year old Jocasta Odom from Georgia and she happens to be a minister. Oh Christ. In addition to spreading the word of the Lord, Jocasta is a happily married mother of two young boys and introduces herself to us as the "next winner of Big Brother."*eyeroll*  While telling us how she is a long time fan of Big Brother, Jocasta mentions how she and her "unt" like to watch the show. Grrrr. This is such a pet peeve of mine - unt. Kandi Burruss does it and drives me insane. The word is Aunt. Either "awnt" or "ant" is acceptable, but unt sounds like cunt and that's just rude. 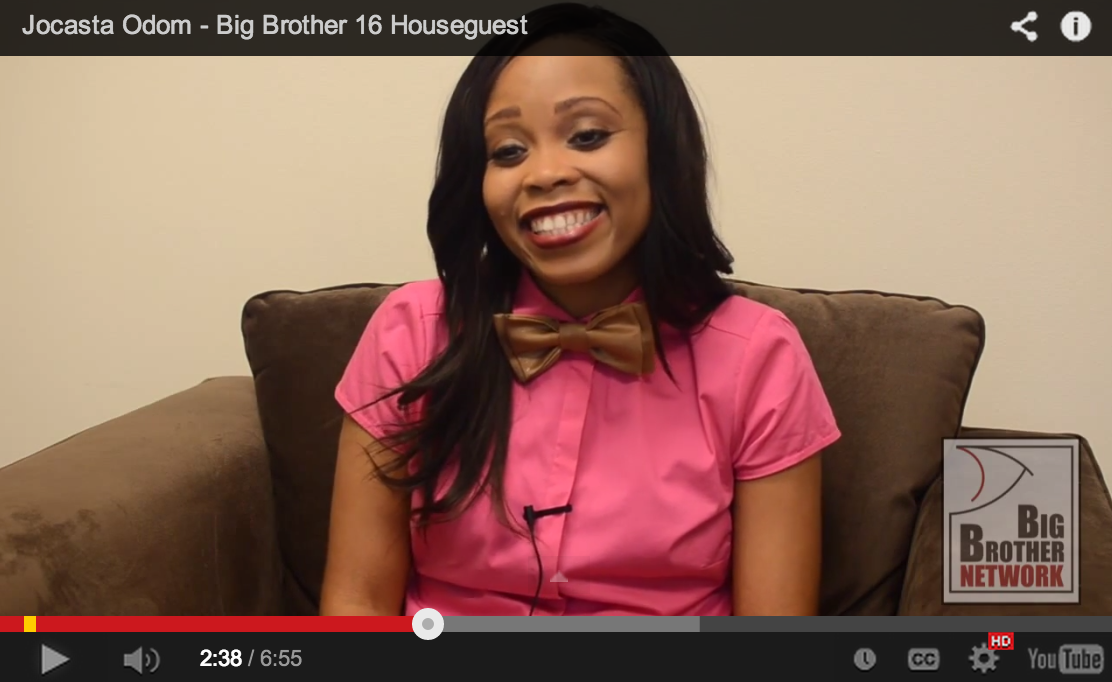 Boy oh boy can Jocasta talk. She's a Chatty Cathy for sure. It's like there's an invisible race to cram the most words into one breath and she's the only one competing. On the plus side, she's got a personality and I can appreciate that. Compared to some of the other duds we've met so far, Jocasta actually is lively and outgoing. But seriously, good luck getting a word in edgewise with this one. For two and a half minutes she repeats the story of how she hemmed and hawed over whether or not to apply for, oh I don't know, about 85 TIMES. Somewhere in one of her retells there was a man and a plane and then Jesus showed up and I think God was overhead making funny faces at him or something and there may or may not have been a manicurist involved along the way. Listening to Jocasta talk is like being inside of a Where's Waldo where Waldo is the end of the story and he's impossible to find!

When asked what Jocasta will bring to the game that no one else will, she motions dramatically in the air with her hands and says, "the symbol I'll be bringing, but I'm not going to tell you what it is so you'll just have to watch." $10,000 says the symbol isn't silence. I'll bet it's something Jesus-y and goofy like faith or hope or God. *eyeroll* Then out of nowhere, Jocasta starts cackling and sliding her neck this way and that. She says that when she pulls out her mysterious symbol it will give her the "trustworthy and loyalty she's looking for." *scratches head and looks confused* This chick is crazy. She's not smear the poop on the wall crazy. She's more talks-to-inanimate-objects-and-laughs-to-herself crazy. 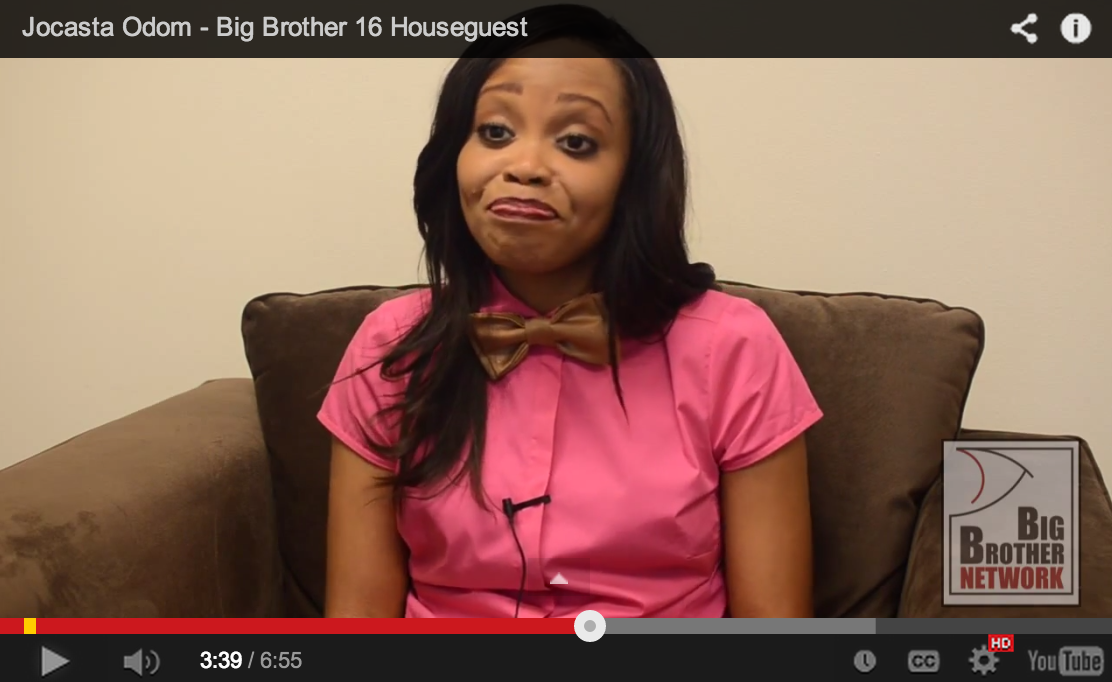 Having said all of that, I am decidedly on the fence with Jocasta. Yes, she's batshit insane and she's got a cockamamie idea about an all women's alliance getting to the Final Four, but she's outgoing. She's unique. She's got a lot to say and she won't disappear into the background. On the other hand, the Jesus stuff really worries me. Religion has no place in Big Brother and I have zero tolerance for proselytizing both in real life and on TV. Your personal faith or lack thereof is your own private business. It is not to be pushed upon or forced onto others. History has proven that the most devout Christians who march their way into the Big Brother house tend to the most hypocritical and I will call them on it. You can count on that.

So, what do we think of Jocasta? Will anyone be able to get a word in edgewise when she's in the room? How much do you want to bet she starts holding Bible studies? Comment it out bitches and have a great day!