Glamour seems to have once again eluded the Big Brother interior decorators. Just once I'd love a Kelly Wearstler feast for the eyes or some Martyn Lawrence-Bullard decadence. Instead they give us a DIY looking we-used-a-lot-of-mod-podge grotesque nod to nature and the four elements. *sigh* Oh well. Let's get down to business... 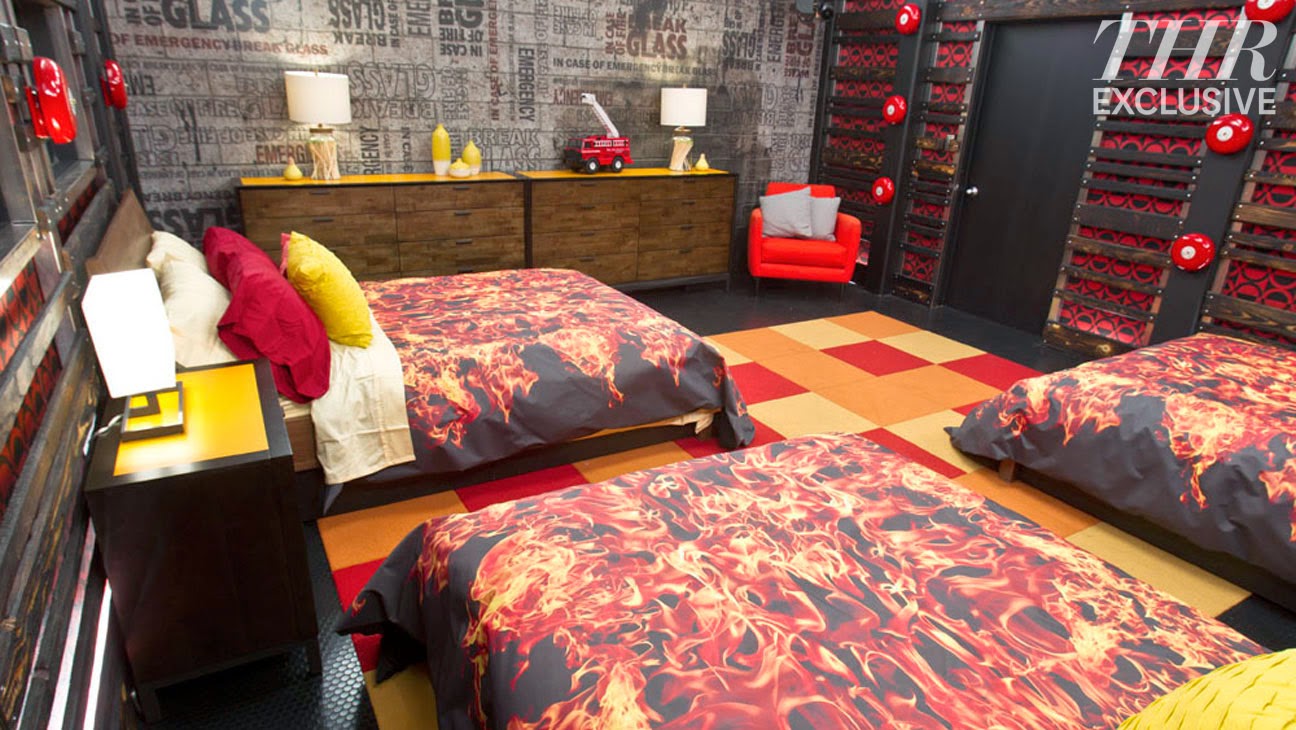 First up we have the Fire Bedroom which is nothing more than a primary color assault on the eyes. Cheap carpet tiles coupled with bedspreads worthy of a Spencer's Gifts and silly charred wood on the wall isn't winning Production Designer Scott Storey his own show on HGTV anytime soon. It is neither spooky nor warm. How Storey managed to make fire appear so cold and frigid is a mystery to me. 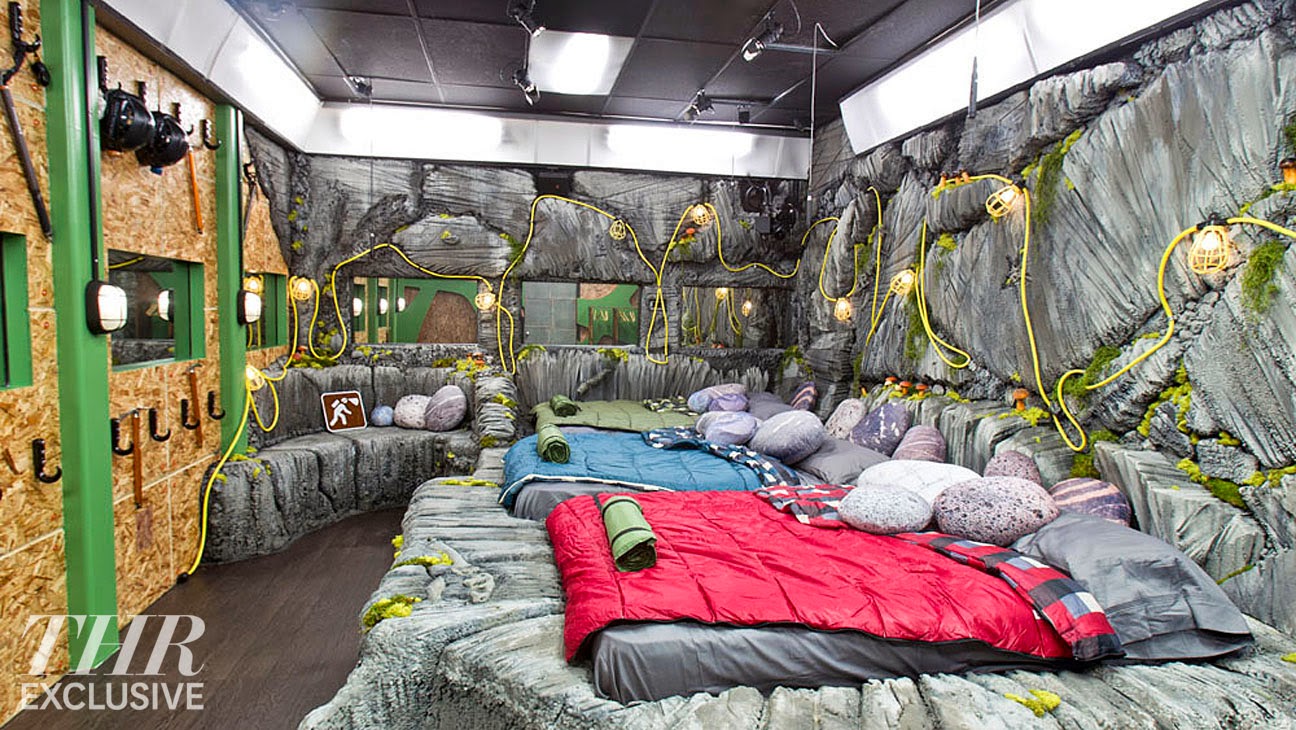 Next up is the Earth Bedroom. All I have to say is, "What in the sam hell is this mess?!" Earth?! What earth? Inner earth? The earth with lots of plywood? When I think of Earth I don't think of a cave. I think of rich auburns and greens, textures, plant life. Storey apparently thinks of spelunking. 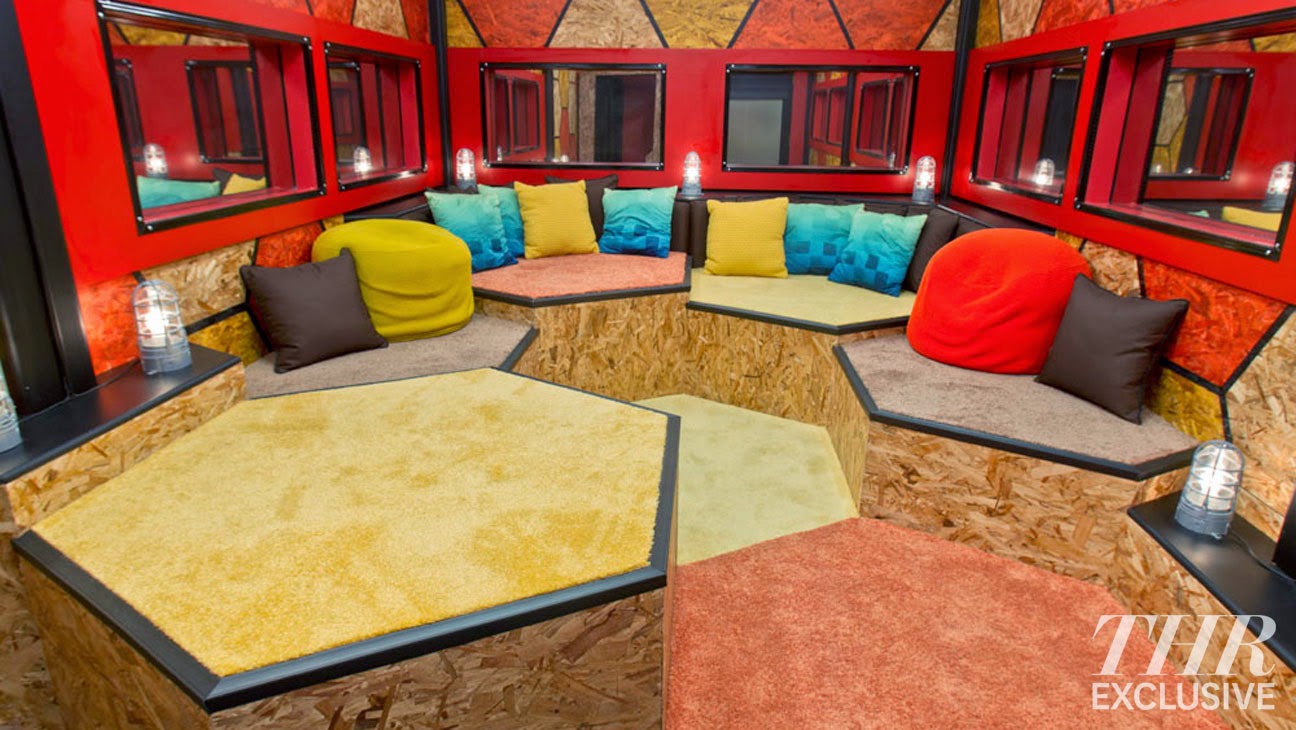 Next we have the Hive, where HG's will gather, gossip and backstab. Unfortunately for them, they'll be doing it in the most uncomfortable room known to man. Gone are the fluffy pillows and cushioned seating. In their place are plywood boxes and carpet as cushions. 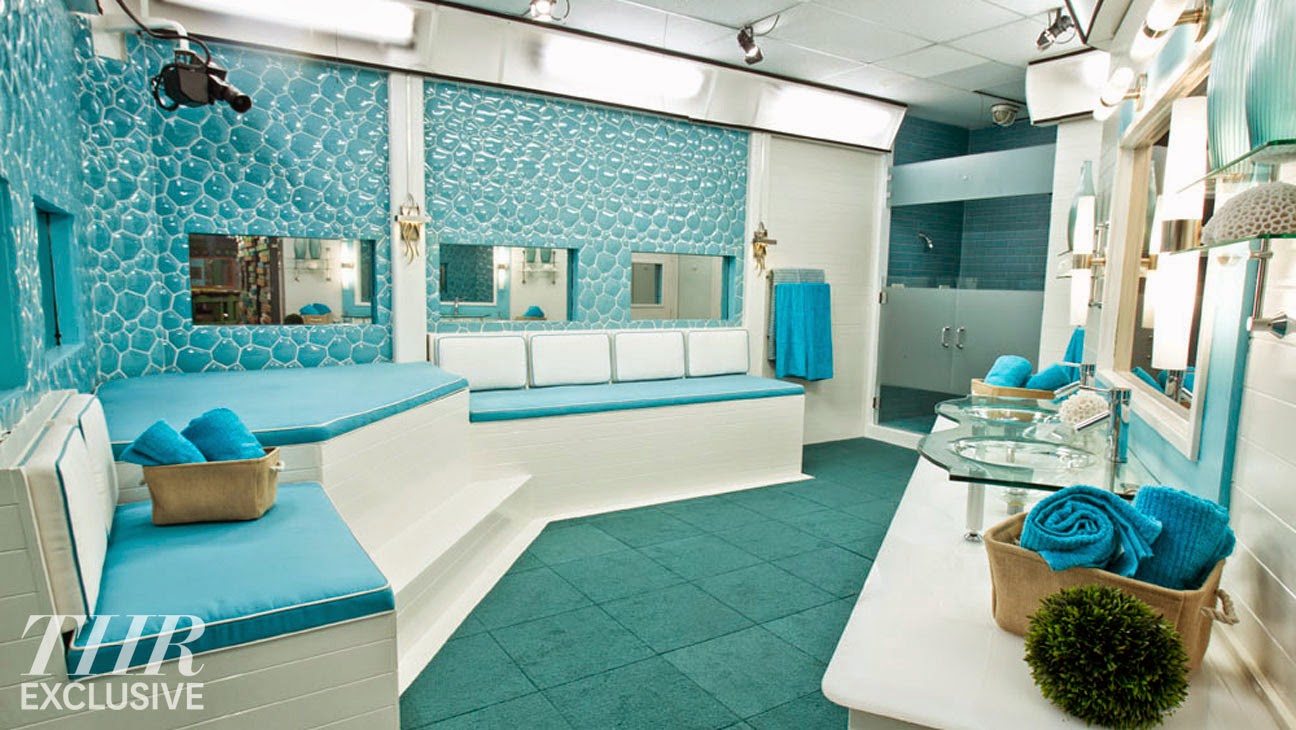 And here we have the bathroom which might be the most tolerable room in the house with its aqua and white color palette. However, that floor is hideous. Did they have a sale on carpet tiles last month? At least the pervs will be happy to note that the see-through showers are back. All the better for catching a nip slip. Don't drop the soap, Houseguests! 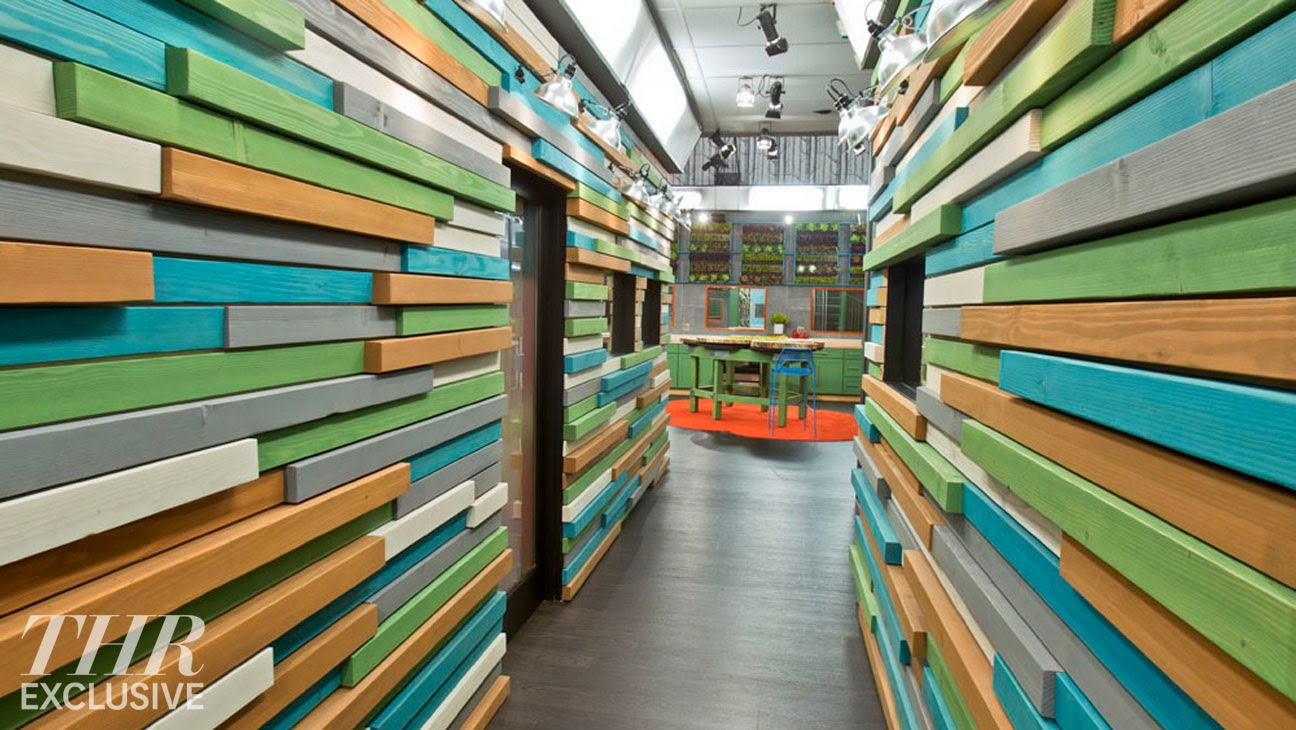 Next we have the Hallway which is really freaking ugly. Moving on... 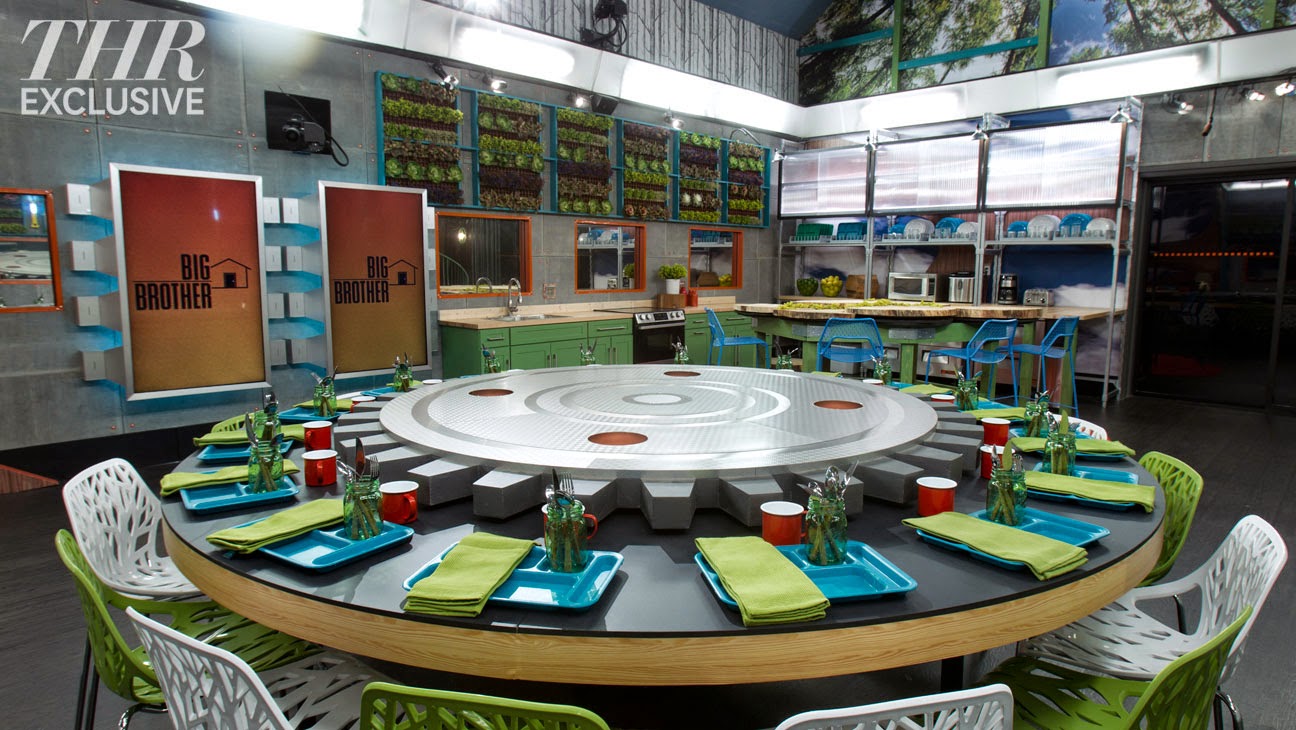 This year's Kitchen features a hydroponic garden on the wall that grows various lettuces and herbs. In other words, the ants will get a tasty treat. Most noticeable here is the Memory Wall which now features 2, count 'em TWO, LCD screens. Ooooh ahhh what could that mean? I think it means we've got competing teams. Is it a Fans v. Favorites season? Is it Blood v. Water? Will the screens feature two HOH's? Are they getting Tyra Mail this year? I don't know! But it sure does give you the tingles, doesn't it? 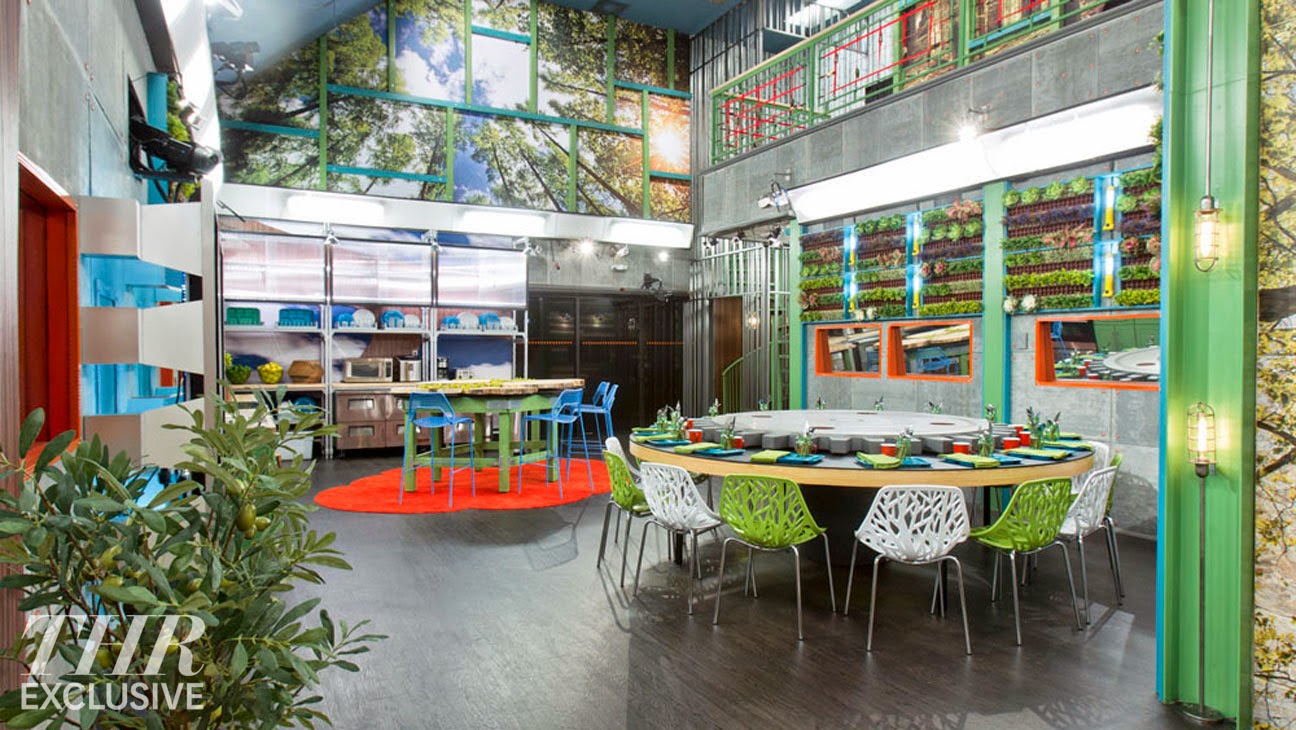 This view of the Kitchen is icky for a lack of a better word. The counter space is all but nonexistent and the island seems awkwardly placed. 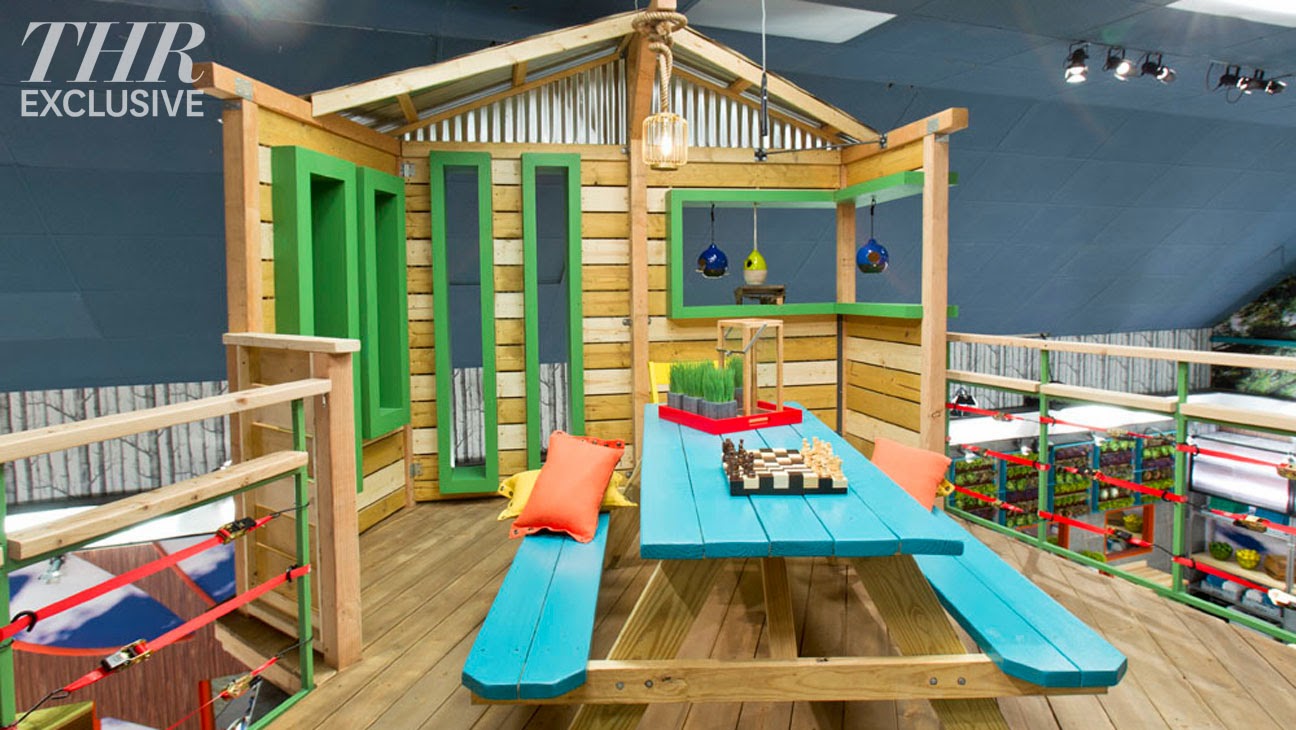 Upstairs outside of the HOH room, we find the Treehouse. While the idea may be cute, the house is completely devoid of comfort. The picnic tables and benches provide yet more hard surfaces to sit on. I mean, come on! Give the poor HG's a bloody comfy chair or something! 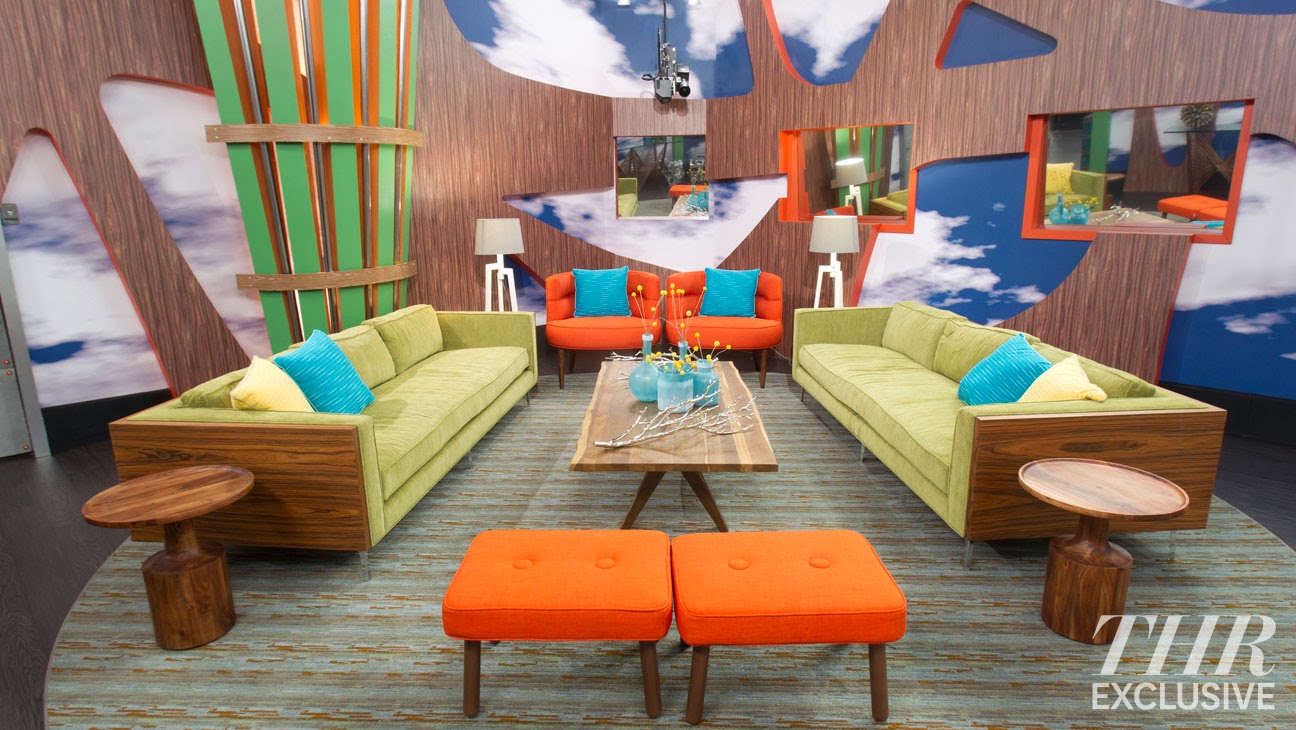 The Living Room/Couches provide the only semi-comfortable seating I can find, but it's in that awful Jonathan Adler-esque mid century modern that's so hot right now. Personally, I don't get the appeal of it. It reminds me of the Brady house, but, hey, at least it's cushioned!

And there you have it. Noticeably absent is the HOH Room. Will there be TWO rooms? Are they still building it? Is Tyra staying in the house? I don't know! Stay tuned...


And I'll see you back here tomorrow for my scathing first impressions of all the new knuckleheads.

All photos courtesy of CBS and "borrowed" from The Hollywood Reporter.