Amanda: "I Love That Torture!" 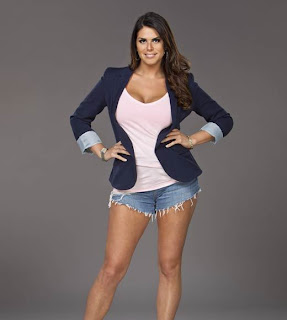 Next up is 28 year old Real Estate Agent Amanda Zuckerman. Amanda is from Long Island, NY and has enormous breasts. Even I can't take my eyes off of them. Sights, smells, sounds, textures all blur together into two bountiful bosoms as the sound of a motorboat whizzes through my mind. Get ready fellas, I see a broken bikini strap in your futures!

She's much prettier in person than in the above photograph, but what I like best about Amanda is how she defines herself as "inappropriate". Come to mama, Amanda. Tune in Tokyo! Inappropriateness lends itself to an entire summer of runny streams of verbal diarrhea. According to Amanda, she thinks that this quality alone is the reason she got cast. She promises to delight us with endless sound bytes, silly spats and, most definitely, tons of regret. I like her already. As most of you know by now after years and years of my endless bitching, all I ask is to be entertained. Can Amanda deliver? Let's hope so.

As far as Big Brother goes, Amanda considers herself to be a moderate fan. She has been gung ho about some seasons and other seasons, not so much. But what she loves most about Big Brother is how the show let's "rats loose in a cage" and then watches as they all eat each other. She loves everything about the process and, most especially, she "loves that torture!" Keep it up, Amanda. You're doing well.

As far as the game goes, Amanda is a great listener and thinks that this will help her relate to people in the house. Just the other day, a stranger kidnapped her and whisked her off to a lonely hotel room. By the end of their travels together, she knew everything about her kidnapper and could probably, most definitely, pick him out of a line up. 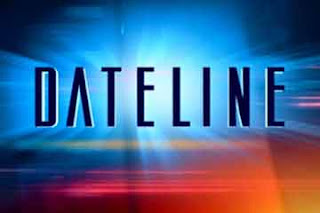 Amanda is counting on twists in the house to shake up her strategy, but for the most part she plans to be neutral and everyone's friend in the beginning. After a few weeks of sniffing out her prey, she'll reveal her talons and strike. She must watch a lot of Dateline like I do because I'm pretty sure that's what serial killers and child predators do when stalking their victims.

You know what? I like her. I do. She's pretty, funny, down to earth, could be a serial killer and have I mentioned her breasts? What's not to love! I know I've only watched two videos so far, but I'm calling Amanda my early favorite.

So, what do you guys think of Amanda? Are you as enchanted as I am? Have you been making sucking noises this entire time? Comment it out bitches!

And get those Live Feeds already!