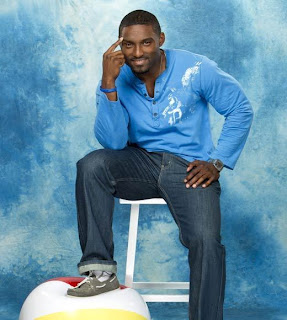 Meet 29 year old Howard Overby from Hattiesburg, MS. Howard is a Youth Counselor and thinks his "realness" is what caught the attention of producers. He also describes himself as intellectual and a Southern Gentlemen. That's nice and all, but how is that going to entertain me? 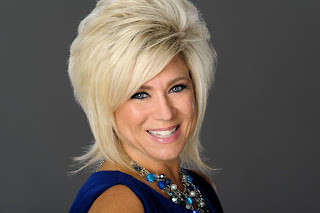 Howard loves people and claims he has a big spirit about him. I, on the other hand, hate people and the only spirit I want about me are the ones I see on Long Island Medium. I don't know, when you describe yourself and someone who is so intoxicating and friendly and warm and all the rest of that crap, chances are you are probably nothing like that. People that are truly warm and loving and infectious don't announce it. Hey, if it's a dream you have for yourself, great! But put on your Dream Board so I don't have to hear about it.

Continuing on, Howard loves God. Jesus Christ. He also wants to play the game morally and be the first African American to win Big Brother. Morality and Big Brother simply don't mix. It is similar to what Oscar Wilde once said about books, "There is no such thing as a moral or immoral book. Books are well written or badly written. That is all." Let us apply this philosophy to Big Brother. There is no such as a moral player. The player is either successful or unsuccessful. That is all. So stuff your morality in a sack and just play the damn game, Howard.

Strategically, Howard plans to rely a lot on the social aspect of the game. And then he tells us he's a minority. A few times. I don't see how that's relevant or even an issue and, like religion, race is best left outside the game. Chances are the house won't be filled with a bunch of white supremacists so I think Howard will do just fine if he plays smart... which I think is a long shot. If right out of the gate, your focus is on race, you'll be in trouble. On the upside, we might get a heated argument out of it. Yessss! Remember when Chima kept calling Russell a terrorist? I looooved that. My loins are quivering just thinking about it.

Early on in the game, Howard plans to go after HOH. He not shy about power - I can respect this - because he sees himself as a threat so why not get some power if you can. And now we get into something interesting. Howard wants to use his power (HOH, POV) to do politicking. Instead of waiting for people to approach him, he wants to be the one to approach others. I'd actually like to see how that pans out. Despite all of his moral bullshit, Howard is not unintelligent and has clearly thought about how he plans to play the game. The problem is that he could be really boring. I'm undecided on that because I'm still wondering to myself how much of what he is saying is simply for the cameras. I have no doubt he'll try to keep it together and stay calm whilst inside the house, but something tells me, if provoked, he could explode and that I'd love to see.

So, what do we think of Howard? Is there a bad boy just dying to get out? Will he make everything a race issue or will he simply play the game? Do we have Bible readings in our future?Comment it out, bitches!

If Howard does lose the plot, you'll definitely want to watch it all go down!