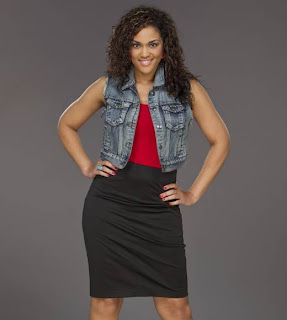 Next up is 29 year old Candice Stewart. She currently lives in Texas, but I happened to google Candice earlier and stumbled upon the fact that she was Miss Louisiana at one point. I'm guessing the pageant world is a thing of the past because today she works as a Pediatric Speech Therapist. Is it evil that I immediately want her to have a lisp? 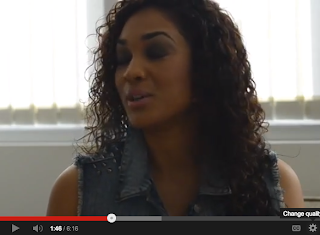 Sadly, Candice does not have a lisp, but she does talk like she's answering questions as if a sash and crown were on the line. She also does that thing that Madonna does where she closes her eyes as she's talking to you. When people do that, you know they have incredibly high self-esteem. They can't be bothered to look away and they're above looking down so they'd rather just look at the inside of their eyelids instead. Actually, Andy did it quite a bit too. High self-esteem isn't a bad thing at all, but talking to your eyelids is and it makes me insane! 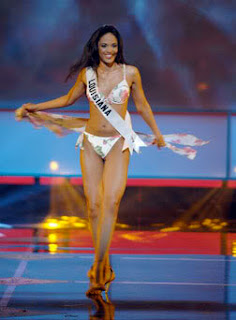 Moving on, Candice is very proud of the life she's lived. She's been a cheerleader, Miss Louisiana (told you!) and discovered she was adopted when she was 26 years old. Plus, she has the brains, beauty and personality to win the $500,000 - her words, not mine. Look, she lives on a cloud and believes everything someone (probably her mother) told her at some point in her life. And now she's entitled, unabashedly confident and really really annoying. I'm thinking she might be one of the early ones out. I can't see anyone in the house being friends with this girl, let alone trusting her. There is a phoniness there I can't get past and I attribute it all to her pageant training. It's like she's always on.

As far as game goes, Candice thinks that her "diverse personality" will get her far because she's biracial. Yes, you read that correctly. Because Candice is biracial, she has experienced different cultures and that, in turn, makes her cultured and diverse. Oh give me a break. Traveling all over the world and immersing yourself makes you cultured not the color of your skin. What a twit.

Strategy wise, she'll wait and hear what the twist is before she "thinks really quick on [her] feet." In the meantime though, she'll focus on being an "enjoyable person" because that not only gets you far in the game, but far in life.

If you have any other questions about Candice, all of the answers are "World Peace". That's all you need to know - World Peace.

So, what do you think of Candice? Do you believe anything she says? Her posture is marvelous though, isn't it? Comment it out, bitches!

Candice may be a big phony, but the Live Feeds sure aren't!