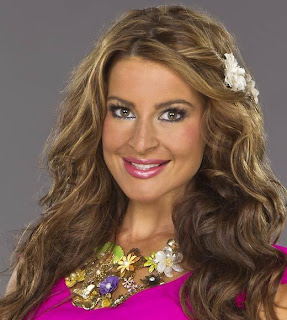 Oh Jesus Christ. It's HER. The one I want no part of. The one I intend to immediately dislike on name recognition alone. That's right, this is Elissa Slater and she has the unfortunate nightmare of being Rachel Reilly's sister. Elissa is married, has pooped out some kids and works as a Nutritionist. But I only need look at that face to know she will be the bane of my existence all summer long.

Elissa is also an Internationally Certified Yoga Instructor. Why is this important? Well, if you know anything about me then you know that if I'm not watching Pretty Wicked Moms or writing about crap reality TV then I'm probably hanging out in Eka Pada Rajakapotasana trying to find my inner peace. Clearly, the Fates have a fucked up sense of humor because all I've ever wanted was a yogini in the house to delight me with yogic tales of wonder and inspirational transitions and this is what I get. THIS! A Reilly!

Let me tell you something about being an "Internationally Certified Yoga Instructor". All that means is that you got your certification - 200 hours of yoga - and sent a check to the International Yoga Federation for $165 and voila! You are internationally certified. 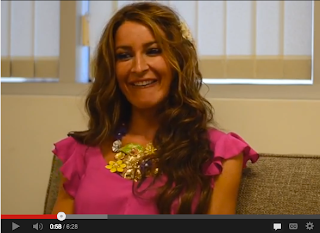 Even if Elissa wasn't related to that duck-billed platypus, I'd still dislike her. Her mouth smiles but her eyes don't. She drags out consonants like nails on a chalkboard... "I could definnnitely winnn in onnne seasonnnnnnnnnn." Her manner of speaking is very Rachel Zoe. Remember how the innocent valley girl "Oh my god" morphed into the possessed gremlin "Eeu ma guh" in the last season of The Rachel Zoe Project? Well, Elissa talks like that ALL THE TIME! It's guttural and scrapy. Phony and cheap. 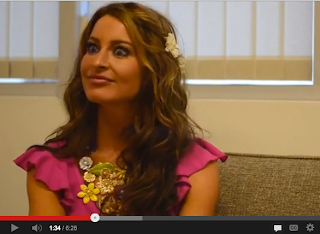 As far as the game goes, Elvira thinks her social savviness will score her winning points with the cast. And in reference to her sister, well, she plans on keeping that a secret from the other Houseguests. Who does this girl think she's fooling? The resemblance between the two is uncanny. Not so much in photos, but the second you see Elvira talk and move and gesture and bug out her eyes, there is no mistaking that this chick is a Reilly. I'll bet everyone figures out who she is before the live show. Actually, I'll go further than that. I'll bet everyone figures out who she is by the end of today.

Strategy wise, Elvira thinks that alliances are important. Tell me more, Yoda. Elvira also isn't above lying and backstabbing to get herself to the end. While I usually appreciate this sort of candor and wickedness, she's still Rachel Reilly's sister and I will never get past that. In all honesty, this hereditary fact is both a gift and a curse for Elvira. The Rachel fans will love her with no questions asked and the rest of the sane people (like myself) will hate her for the blood that runs through her veins. That's just the way it is and there is no getting around it.

Now here is something VERY interesting. Elvira is asked if she will try win competitions or throw them. Her reply made me spit up my gin. She says that since the twist is a "No floater season", she probably won't throw competitions except for the first one. OK, hang on. How does she know what the twist is? In the other videos I've watched, the other Houseguests are keeping their strategies loose because of the fact that they DON'T KNOW THE TWIST. What's going on here? I call bullshit. Kick her out. Now.

The one thing she has a handle on better than her sister is the social aspect of the game. She weighs social and physical equally and wants both to be reason she wins. While I somewhat agree, I still don't like her. I can't. If she works a miracle and changes my mind, I'll be the first one to admit it, but I'm not holding my breath.

So, what do you guys think of Elvira? Does she have a snowball's chance in hell keeping that genetic travesty a secret? Does her voice scrape across the inside of your skull like it does with me? Comment it out, bitches!

Do I still have to ask if you've gotten your Live Feeds yet?