Today is the day folks. Today beautiful downtown Burbank just got more beautiful. Today 12 seemingly innocent people marched dutifully into my dreams. The HG's are in the house bitches and 4 days from now the world will get to see how it all went down! To celebrate this momentus occasion I decided to repost one of my favorite blogs from last season. I can only pray that this season is sprinkled with all the panache, grace, and unsatisfying sexy time we were blessed with in BB10.

Without further ado, I give you BB10: The Land Of Fancy! 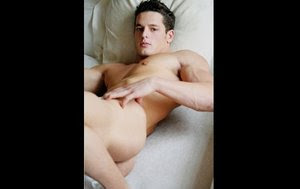 The Veto Ceremony came and went and Keesha is still clinging to her big fat gay "word" she keeps throwing around. I'm telling you this "word" of hers gets around more than Ollie's love juice. I could have sworn I saw the "word" dripping down April's legs, but then again that could have been my BB baby making a run for the hills. "Word" to your mother.

Keesha didn't change the nominations yet Jessie continues to bug everyone about being on the block. He seems to think the veto ceremony was merely a trial run because he's the great and wonderful Jessie and there's no way in hell he can STILL be on the block. Maybe if he pretends he was never nominated in the first place that big bad nomination will just go away and he can get back to doing tricep dips in the backyard. I move that the house perform another make-believe veto ceremony and maybe Jessie will get the hint and go cry into his big muscles back in his make-believe jail and get a make-believe prison bitch (Manchelle) and make some make believe sweet love (sans the condom of course) and make me another make-believe BB baby.

Despite Jessie being a major pain in the ass and CLEARLY planning on going after Keesha next week, he's still safe (as of right now)! I have a theory. All that chocolate Keesha got when she won HOH is obviously laced with copious amounts of PCP. I mean, what other reason could she possibly have for telling her minions to vote to keep a big angry hairless man-beast who wants her head on a spike? Her time hiding away in her ivory tower has clouded her judgment. If Manchelle or Jessie win HOH next week, Keesha is 100% going on the block.

Speaking of the 2 trannies, Jessie and Manchelle like to sneak away to the spa room and whisper like 2 sorority girls about their big plans if they win HOH. I, for one, am actually hoping one of them does win HOH next week. That nerd herd needs to broken up and I'm determined to see Keesha and April cry off their mascara as much as possible. I want deep slimy tracks of tears running down their faces making jagged lines into their thickly applied blush. As much as I dislike Jessie, I think it would be absolutely hysterical for him to win HOH and once again wreak havoc on the house.

Can you imagine how cocky Jessie will be if he wins HOH? I'm tingly with excitement just thinking about it. He can rub one out to more of his "shredded" bodybuilding pictures. He can lie lazily and shirtless on his big bed munching on beef jerky while Manchelle rubs his calves. He could hold court in his room while the nerd herd are forced to choke back their pride and make pleas for their safety. He'll make Keesha lie underneath his sweaty hairless (yes, I think they're hairless) balls as he does 800 squats on her face. She'll crinkle her brow and squeak out some more of her "word". Call me crazy, but Jessie in power just might be what this house needs right now.

Poor Angie. Poor hopeless useless uninteresting Angie. As much as I like her and would like to see her stay in the game, she does NOTHING to save herself. It was smart when Jessie was galavanting around for her to be quiet, but now she needs to strike. She needs to make a move. I was so excited yesterday when I saw Angie begin an elaborate ancient Korean war ritual. I thought, "This girl isn't going down without a fight! She's going to judo chop her way to safety!"

She removed herself from the hubbub of the living area and sought sanctuary in the big bathroom. Carefully she mixed a thick magic potion that was a deep teal color. She silently chanted Korean words of wisdom to herself and began to smear the thick potion all over her face. She was obviously summoning the power of her heroic fallen ancestors. She was receiving a burning fire of inspiration deep in her belly causing her to screech out an ancient tribal war cry. Right? I mean, this has to be what she was doing!

It turns out I, not unlike Jessie, am also living in the land of fancy. Angie was just waxing her face and those screeches I heard were just her ripping out her unibrow. She's not doing a damn thing to ensure her safety. She's given in and she's 99% going home on Thursday. She's waxing her face smooth for her interview with the Chenbot I guess. Nothing short of Jessie ripping Keesha in half with his big muscles can save Angie now.

Late night my girl Renny once again delighted us all with her ability to entertain. She raised everyone's spirits with her impersonations of HG's. This whole time I thought her silent observing was her collecting data on how to defeat the house. It turns out she was gathering information for her cabaret act.

The entertainment continued in the backyard with another puppet show. I've never been a fan of the puppet shows, but all you people seem to love them so here you go...
Memphis and Jessie summon up the ghost of Brian:

Back to Jessie... it always gets back to Jessie doesn't it? Earlier I thought Steven was the new Amber with his ignorant remarks about "that colored girl" and Muslims. Looks like Amber's spirit is never out of the house for long. Yesterday Jessie gave his opinion on Jews and money, "they're the ones with all the money, they're the ones that own the banks that they get the loans from them." Way to go Jessie! Your ignorance knows no bounds.

In honor of Jessie and his amazing talent to incessantly bitch, enjoy the following homage: